With large families, a deep love of Israel and the Jewish people, simultaneous dedication to our faith and engagement with the broader world, dietary restrictions and modest dress, and being misunderstood (even by our coreligionists), Orthodox Jews surprisingly have much in common with one of the fastest growing religions in the United States – the Church of Latter Day Saints (LDS), colloquially known as the Mormons.

I would like to share reflections on last week’s meetings, coordinated by the Orthodox Union’s Advocacy Center, with the church and its political leadership in Salt Lake City, Utah.

We both believe we are descended from the twelve tribes of Israel. Around the age of thirteen, Mormons receive a personalized Patriarchal Blessing that they consider their life’s mission statement.

Like us, Mormons send their children away after high school for one or two years to experience spiritual growth, are committed to giving ten percent of their earnings to charity, and permit abortion when the mother’s life is endangered.

Like us, the Mormons have Thirteen Articles of Faith (though we of course do not subscribe to most of them). Mormons call their homeland (Utah) Zion, consider their Temple holy ground, and only allow people who are pure in their eyes to enter it.

Mormons were persecuted and killed, but are quick to point out that the persecutions of the Jews are unparalleled.

Mormons are disproportionately represented in many walks of life, including the U.S. Senate and House of Representatives. Senate Majority Leader Harry Reid and 2012 presidential candidates Mitt Romney and Jon Huntsman are members of the LDS. The founders of Marriott Hotels and JetBlue, as well an increasing number of high-level lawyers and bankers, are Mormon.

To be clear, there are certainly differences between the two religions. The Mormons respect these differences. To address just one of the misconceptions many people have, bigamy has been strictly prohibited for over 140 years by the LDS and is only practiced by some splinter groups.

Though we both are dedicated to inspiring our co-religionists with our faith, Mormons do this in many countries even with non-Christians. They do separate their humanitarian and religious arms, so people understand that the aid to underprivileged people throughout the world does not come with any strings attached.

Most of us associate the Mormon church with two “parshiyot” – the construction of the Mormon Center facing the Old City of Jerusalem in the 1980s and the posthumous baptism of Holocaust survivors in the 1990s. In fact, the church uses its Mt. Scopus facility to inspire its own members with a love of Israel and is committed to not proselytizing in Israel. And the church also forbade these posthumous baptisms.

LDS is governed by a president (and his two counselors), twelve apostles, and two groups of seventy elders. We met with two of the apostles and one of the elders. They provided and ate kosher food with us and offered to drive us to minyan at the Chabad of Utah. Neither they nor we brought up matters of theology. We spoke exclusively about issues of common cause such as the increasing secularization of American society, legislation, and how to keep our youth in our respective folds.

We met with Utah’s senators – veteran Republican Orrin Hatch and Tea Party freshman Mike Lee – as well as Lieutenant Governor Greg Bell. Each of them deeply shares our concerns for guaranteeing religious liberties (e.g. not forcing religious institutions to provide benefits that are not in keeping with their beliefs), maximizing constitutionally-appropriate funding and tax breaks for religious institutions, and not pressuring Israel to make dangerous concessions in the name of peace.

I learned that the Mormons have great respect for Jews and the state of Israel and truly want to help us. We should work toward building bridges to the LDS in our local areas, as these people share many of our values, ideals and concerns, and essentially are our allies.

Nathan Diament (executive director of public policy) and Maury Litwack (director of state political affairs and outreach) of the OU’s Advocacy Center masterfully organized this important mission. Together with my fellow mission participants, Rabbis Lenny Matanky of Chicago, Shalom Baum of Teaneck and Pace Cooper of Memphis, I am indebted to these extremely talented professionals for letting us help them build bridges with an important group of Americans with whom we have so much in common. 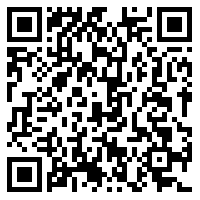