Several months ago, an Israeli policeman shot a teenage girl who, moments before, had been trying to kill pedestrians in Jerusalem. He had argued that with two attackers present (albeit already wounded teenage girls), he wasn’t sure he could handle the situation. Many in the international community were aghast. The shooting looked like a pre-meditated execution with the supposed threat of an already shot and disabled teenage girl being a fig-leaf to justify the man’s actions. This last weekend, another similar incident occurred in Hebron. An attempted murderer was executed. Once again, it might have justified by an immediate threat, but from official accounts the man seemed to pose little threat.

What causes upstanding people to pull the trigger in these situations? What encourages them to choose the side of extreme caution by taking a life?


In Petach Tikva, a wounded man used his attackers’ knife to kill his attacker. Nobody blamed him, despite indications that the assailant might already have been subdued. Unlike others, he gave his justification clearly. He said, essentially, “I have to stop this man so he can’t hurt anybody else.”

I mentioned this to an American friend of mine and he said, surprisingly, “Been there, done that.” He’d been stabbed once, through the shoulder, in a high-school lunch room. He threw his attacker against a wall and beat his head against the floor so violently that the man couldn’t get up; his brain wasn’t working right. My friend told me his thought was the same: “I have to kill this man so he won’t hurt others.” He did have to disable him. His attacker was an identical twin. He and his twin had been committing crimes with one of them always having a clear alibi. The police were unable to arrest either one for any of their crimes because there was always reasonable doubt about which twin had committed which crime. The man was confident he could get away with a stabbing in a crowded lunch room. When my friend disabled one of the twins at the scene of an attack, their crime spree ended.

The man lying on the street seemed to pose no immediate risk to anybody. The teenage girl in Jerusalem was largely incapacitated. My friend had subdued his attacker. But the killings still had a purpose. There wasn’t an immediate threat to life – but there was a longer-term one.

To many in Israel, it seems those attackers who are not killed immediately are eventually returned to their communities to attack once more and to encourage others to follow them on their road to glory. In a system essentially without legal execution, extra-judicial killings serve a purpose: they both warn others of the cost of attempted murder and they take a potential future terrorist out of the equation. There is a justification for killing in these situations.

But these killings come at a terrible cost. They come at the cost of the rule of law and of due process. They create a vigilante atmosphere; one in which innocents like the Eritrian man from Be’er Sheva are swept up and slaughtered by civilians – or one in which marginally threatening people are killed, just to be safe. In some cases, complete innocents are killed – even burned alive – simply to send a message. The wounds left can be tremendous.

We are a people of law. We always have been. And these actions eat at our moral core.

On the other hand, our moral core demands punishment. If those who murder or attempt murder are freed and then honored, more murderers are encouraged. Criminals must be punished in order to keep criminality at bay. We know this. And so, to protect our society, we kill. Because the state won’t act appropriately, individuals – whether in Be’er Sheva, Petach Tikva, Jerusalem or Hebron – take the law into their own hands. And with the bounds of law already breached, it is far easier for the most extreme among us to take the next step and engage in their own acts of terrorism. Without legal punishment, something far more nefarious takes the place of the law.

There is a solution to this. The State of Israel should institute the death penalty for those who kill or attempt to kill in order to terrorize an ethnic group. Because extrajudicial killings would no longer be morally necessary, they would occur rarely; the men and women who stand up to terrorists would be confident that freedom and glory would not await the terrorists they stop. They would be confident those they have captured would serve as an example of what happens to terrorists.

The twin moral mandates of the rule of law and the discouragement of evil would both be encouraged. And our society would be strengthened. We are a people of law, but we cannot maintain this if our law fails to speak to underlying moral mandates.

Rabbi Lord Jonathan Sacks once said that the Jews have a vengeful G-d so that they themselves did not need to be vengeful. The same concept should apply to our legal system.

Our legal system should execute terrorists, so that we do not need to do so ourselves. 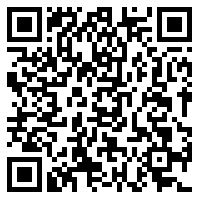