The new allegation that Israel’s ambassador once charged through the halls of the White House, barging into room after room in search of President Obama, is reminiscent of a similar accusation made against an American Zionist leader in the 1940s. Both claims reek of the hoary stereotype of “pushy Jews” behaving inappropriately in the halls of power.

The charge concerning then-Israeli ambassador Michael Oren appeared in a recently released e-mail that was sent to then-secretary of state (and current presidential candidate) Hillary Clinton by one of her advisers, Sidney Blumenthal, in October 2012.

Obama’s national security adviser supposedly “heard about Oren’s frantic snooping and raced after him, catching him, and escort[ing] him out.”

Clinton responded to her adviser, “Doubt that it happened, but, these days, who knows???”

It’s regrettable that Clinton would have entertained even the possibility that such a wildly implausible story might be true, knowing of Oren’s impeccably professional demeanor and mild temperament.

Oren, who is currently a member of the Israeli Knesset, called Blumenthal’s story a “total and utter fabrication.”

It will probably be scant consolation to the former ambassador, but he is not the first to endure attacks of this nature.

Beginning in the 1970s, a number of books and articles have peddled the notion that Rabbi Dr. Abba Hillel Silver, the most prominent American Zionist leader of the 1940s, “stormed into [president Harry] Truman’s office and pounded his fists on his desk,” as one recent version put it, alleging that Silver’s behavior provoked Truman’s private anti-Semitic outbursts. Most incarnations of the story present it as evidence that overly aggressive Zionists have endangered American support for Israel.

Like the claim about Oren, the allegation against Silver is entirely implausible, since – to begin with – nobody could possibly “storm” into the Oval Office without being tackled by Secret Service agents.

Furthermore, Truman’s calendar shows only two meetings with Silver during those years, in both instances accompanied by other Zionist leaders – yet none of those other leaders, some of whom were Silver’s bitter enemies, mentioned any fist-pounding in their memoirs of the period. Nor did Truman himself mention it in his autobiography, even though he discussed his dislike of what he called “the extreme Zionists.” Moreover, historians have never found evidence of Silver pounding Truman’s desk in any of the relevant archival collections.

My own investigation traced the accusation back to a remark once made by Elinor Borenstine, the daughter of Truman’s Jewish friend and business partner, Eddie Jacobson. When I interviewed Borenstine about this several years ago, it turned out she was relying on an old essay by her father that had not mentioned Silver at all.

The fascinating postscript to all this is a long-forgotten controversy from early 1948, in which famed syndicated columnist Drew Pearson reported this ugly outburst by Truman in an exchange with New York Post publisher Ted Thackrey: “Pounding his desk, [Truman] used words that can’t be repeated about ‘the (expletive) New York Jews…. They’re disloyal to their country. Disloyal!’ ”

In retrospect, one is tempted to wonder if Truman, in his complaints to Eddie Jacobson or others about Zionist leaders, actually was projecting something of his own notoriously intemperate ways.

Depictions of Jews as pushy are often concocted for the purpose of intimidating them into silence or acquiescence. Tales of “pushy Zionists,” whether in the 1940s or our own era, likewise serve as political weapons. They are intended to discredit their targets as uncouth and therefore unworthy of serious consideration. They are also meant as a kind of warning shot: back down (on whatever the issue happens to be) or expected to be smeared.

Israel-related policy struggles are not for the faint of heart. Those who take unpopular positions sometimes find themselves victimized by rumormongers and their ilk. Abba Hillel Silver felt the sting of those darts but did not allow himself to be cowed – and neither, one suspects, will Michael Oren. 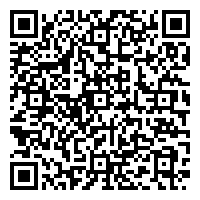