The motto “In God We Trust” is emblazoned on our currency and in courtrooms across America. And yet it seems we’re trusting less and less in God these days. With each passing year, secularists and sophisticated intellectuals manage to kick Him out just a little more from the public square.

But the battle for the country’s soul is not lost. In a little known part of Northern California called the TriValley, God was recently kicked out – but then reinstated. Let me explain.

A few weeks ago my son, Rabbi Raleigh Resnick, organized “A Historic Evening with Anne Frank’s Step-Sister” – Mrs. Eva Schloss – in the city of Pleasanton, CA, where he serves as a Chabad shaliach. (More than 500 people attended the event.)

Pleasanton decided to recognize the week of Mrs. Schloss’s visit as Holocaust Education Week. My son was asked to help draft the proclamation.

Among other sentences, he wrote the following: “Whereas, this is an opportunity to be utilized by educators, clergy, and civic leaders to highlight and emphasize the innate God-given rights endowed to every human being.”

When the city sent my son its final draft of the proclamation, however, two words were missing: “God-given.”

Many people likely would have said nothing. After all, removing God is a recurring theme in America. Why bother fighting for a lost cause? My son, however, was not deterred. He wrote the following e-mail to city officials:

“I notice that you removed ‘God-given’ from the proclamation and wanted to respectfully request that mention be made of God or the creator. Please allow me to explain: The very document that proclaims the rights of the citizens in this great country, the Declaration of Independence, states man is ‘endowed by his creator with certain inalienable rights.’ The inference being that what makes human rights inalienable is the fact that they are God-given and hence no human being can violate them.

“This is an important truth underscored by our founding fathers and very relevant – I feel – when discussing events like the Holocaust. So if you might consider including this, I would be most appreciative.

“Please do take my remarks in the spirit in which they are written, in a non-judgmental tone and with the utmost respect.”

It worked! The city reinserted God into the proclamation.

But the story doesn’t end there. Rabbi Chaim Zaklos, a Chabad shaliach in neighboring Vacaville, went through the same experience a few weeks later. He, too, invited Mrs. Schloss to speak to his community; he, too, was asked to help draft a Holocaust Education Week proclamation; he, too, inserted a reference to God; and his draft, as well, came back sans God.

Here is the version the city proposed to publicize:

WHEREAS, Chabad has, for many years, in the United States and throughout the world, actively promoted a greater awareness of the concepts of education, morality and decency amongst all people; and; and

WHEREAS, Mrs. Eva Schloss, who is a survivor of the holocaust during which six million [Jews] were exterminated, and is dedicated to combating bigotry and hatred; and

WHEREAS, the City of Vacaville is dedicated to fostering an environment of acceptance of and respect for human dignity and diversity,

NOW, THEREFORE, I, Steve Hardy, Mayor of the City of Vacaville, on behalf of the entire City Council, do hereby proclaim and designate this week of January 13 through January 19, 2013 as “Holocaust Education Week.”

Knowing the same thing had occurred to my son, Rabbi Zaklos decided to take a page from his book. He too wrote to the city government, explaining the vital importance of mentioning God, and Vacaville – like Pleasanton – acquiesced to his request and inserted the following paragraph:

WHEREAS, “Holocaust Education Week” will be used by educators, clergy, and civic leaders to highlight and emphasize the God-given rights endowed to each and every human being….

Now, Pleasanton and Vacaville are not New York and Washington. But these two small California cities teach us that not all is lost. If we fight and speak up for our values, we can make a difference and win. Big changes often come in small increments. If we can win the culture war – nay, the war for God – in small cities like Pleasanton and Vacaville, surely the cumulative effect will influence the future of our larger cities, and the entire country as well. 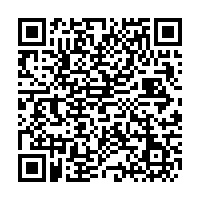