While Arabs harass Jews and openly march in support of Hamas in a Jerusalem neighborhood, a right-wing MK is fighting to maintain sovereignty in the capital.

Israel’s Foreign Minister Yair Lapid and Public Security Minister Omer Bar-Lev issued harsh public statements against Religious Zionism MK Itamar Ben-Gvir on Tuesday, suggesting that the lawmaker would be responsible for the future deaths of Jews and Arabs in Sheikh Jarrah and that he shares a common goal with the Hamas terror group.


Ben-Gvir, a member of the opposition in the Religious Zionism party, had set up a symbolic parliamentary office in the flashpoint eastern Jerusalem neighborhood. After the firebombing of a Jewish family’s home last Friday, he pledged to maintain a presence in the area until the state commits to stepping up security for Jewish residents.

The establishment of Ben Gvir’s temporary parliamentary bureau was vehemently rejected by local Arab rioters, who threw rocks and projectiles at his supporters and security forces. They also marched in support of the Hamas terrorist group, chanting “Allahu Akhbar” and “We are the people of [Mohammed] Deif,” commander of the military wing of Hamas.

But rather than criticize rioters for acting violently, Lapid slammed Ben-Gvir and said that by sitting at a table under an awning in the neighborhood, he was stoking tensions that would lead to bloodshed.

Ben-Gvir’s actions “are the desperate attempts of an attention-addict to create situations that will end in death. Arabs and Jews alike will die because of the actions of this man,” Lapid told Hebrew-language media.

That sentiment was echoed by Bar-Lev, who compared Ben-Gvir to the Hamas terror group, whose charter calls for the mass murder of Jews.

In a statement, the minister said that Ben-Gvir and his supporters are “putting on shows and waiting for Hamas to clap. Together, they are hoping to set the Middle East aflame.”

Prime Minister Naftali Bennett – chairman of the Yamina party, which before the elections was known to be to the right of former prime minister and opposition leader Benjamin Netanyahu – also weighed in against Ben-Gvir.

“We don’t need provocations from people on either side inflaming tensions for political interests,” he told reporters at Ben-Gurion Airport before taking off for Bahrain Monday evening, apparently drawing a moral equivalence between Ben-Gvir and Hamas.

Bennett had a mere seven out of 120 Knesset seats when he became prime minister thanks to Israeli political wheeling and dealing. Netanyahu had the most seats – 30 – but couldn’t quite manage to get the required 60 necessary to form a coalition. Lapid’s centrist Yesh Atid party came in next, with 17.

Lapid was determined to oust Netanyahu and offered Bennett the premiership for two years, after which the Yesh Atid leader would become prime minister. They formed a diverse government coalition that includes the far-left Meretz party and the Islamic Ra’am.

The coalition has the bare minimum number of seats. Bennett appears to be ignoring his voters’ right-wing ideology, instead walking a tightrope in order to maintain power and prevent the government from collapsing.

‘This is not Sheikh Jarrah. This is Jerusalem’

Ben-Gvir told media on Monday evening that he will not respond to “fake news,” referring to comments suggesting that his presence in Sheikh Jarrah stems from an ulterior, political motive.

Rather, he said, he is staying in the neighborhood to force the Israeli government to provide better security for Jewish families in the area.

“There is a policy of ‘mowing the grass’ when it comes to [clamping down on terror and unrest in] eastern Jerusalem,” Chaim Silberstein, founder and chair of Keep Jerusalem, an NGO focused on strengthening Israeli sovereignty in the capital city, told World Israel News in an interview this week.

“The police have lost their deterrence when it comes to Shimon HaTzadik [the original Hebrew name for the Sheikh Jarrah neighborhood],” he said, adding that “they’re busy putting out fires” and aren’t able to develop and implement a comprehensive strategy that ensures long-term security.

“I strongly condemn the act of violence against MK Itamar Ben-Gvir,” Netanyahu said during a Likud meeting Monday.

“This is not ‘Sheikh Jarrah’ – this is Jerusalem, this is our capital,” Netanyahu declared. “We are united in our demand from the police to maintain order and security for the residents of the Shimon Hatzadik neighborhood, just as we demand that peace and security be maintained everywhere in the State of Israel.”

“I’m not folding,” Ben-Gvir stated. “I’m staying here until [the state] stops abandoning these families. I’m here, and it’s my right and duty. We own Israel. We own Jerusalem.”

The rioting in Sheikh Jarrah is in fact the result of a real estate dispute that in essence has nothing to do with race or ethnicity, but it has been used as an excuse for violent opposition to Israeli sovereignty over its capital city.

As for Bar-Lev, the internal security minister also favors Arabs over Jews at the Temple Mount — in the Old City, in the heart of Jerusalem. The site is Judaism’s holiest and Islam’s third-holiest, after Mecca and Medina, yet Bar-Lev is opposed to Jewish prayer on the Mount.

So, can we rely on the Bennett government to protect Israeli sovereignty over a united Jerusalem? Whose side are they on? 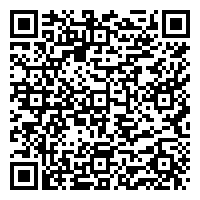