Actor Richard Gere sparked controversy last month when he said after a visit to Hebron that the Arab-Jewish situation there reminds him of the American “Old South.”

Gere was right – only not quite in the way he intended.


“It’s exactly like what the Old South was in America,” Gere remarked as he looked around the streets of Hebron. “Blacks knew where they could go, they could drink from that fountain, they couldn’t go over there, they couldn’t eat in that place. It was well understood. You didn’t cross it or you’d get your head beat in or lynched.”

Wouldn’t you know it, just a few days later, somebody from the “wrong race” accidentally crossed into place he wasn’t “supposed” to go, and sure enough he – to use Gere’s terminology – “got his head beat in” and was nearly “lynched.”

What a remarkable coincidence. So soon after Gere proclaimed his dire warning, it came true. You would think Gere would have immediately issued a loud declaration about how events have proven him right. Instead, he was silent.

The explanation for Gere’s odd silence is simple and sad.

While Gere was warning about Jewish mobs he believed were ready to “lynch” Arabs, what actually happened was that the mob in a suburb of Hebron consisted of Palestinian Arabs, and the target of the near-lynching was a Jew.

Sometimes, reality clashes with the fantasy world of Hollywood.

The reality in Hebron is that 80 percent of the city is run by the Palestinian Authority. Israel controls only the small sliver where the small, and constantly victimized, Jewish community is situated.

Now, if the Palestinians in Hebron and its suburbs were all moderate and peace-loving –as Hollywood, the news media, and the Jewish left want us to believe – then surely they would have no problem with a Jew occasionally passing by.

But they do have a problem. A big one. The problem is called Jew-hatred.

On that Monday evening, an Israeli soldier took a wrong turn and entered Sair, a Palestinian neighborhood on the outskirts of Hebron. He didn’t shoot anybody. He didn’t “occupy” or oppress anyone. He just drove into an area that is off-limits to Jews.

An area that is off-limits to Jews? Like areas in South Africa that were off-limits to blacks? Yes, exactly like that. The Palestinian Authority does not permit Jews to reside in the areas it controls.

I believe the word to describe such a policy is “apartheid.”

A mob immediately surrounded the Israeli vehicle in Sair. They “threw stones at his vehicle,” according to news accounts. Or, to put it more bluntly, they tried to stone him to death. That’s not exactly unheard-of behavior among Arabs in the Middle East.

Some of the attackers also “physically assaulted” the driver, the Times of Israel noted. These weren’t children tossing pebbles as a lark. This was a crazed mob – one that formed within second of a Jew driving into the neighborhood – determined to lynch (Gere’s word again!) a person of the “wrong” ethnicity.

The victim was hospitalized with head wounds. Will the injuries have any permanent effects? Will his vision or hearing be damaged? Will he a bear an unsightly scar across his face?

We’ll probably never know. The international news media lost interest in the story as soon as they realized there was no way to blame the Israeli driver. And, of course, so did Richard Gere.

The next time Gere visits Israel, it would be a good idea for the government to arrange for him to meet the Jewish victim of the Arab lynch mob near Hebron. He could teach the Hollywood actor a thing or two about the real world. 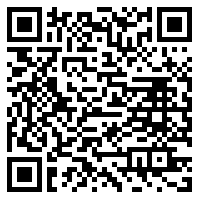