The recent acquittal of Kyle Rittenhouse and the recent conviction of Travis McMichael, Gregory McMichael, and William Bryan Jr. of the murder of Ahmaud Arbery have drawn attention to the United States’s murky laws around self-defense, where some states have “stand your ground” laws while others do not; there is no idea of mandatory self-defense; and the determination of whether one who kills had reasonable cause to protect themselves is determined by the jury.

We suggest that Jewish law provides a useful contrast, to help us consider whether and where American law might wish to clarify or alter its perspective.

Jewish law provides some self-help remedy in monetary cases and even some unique laws of bystander financial liability that are very different from American law, but the central question we wish to focus on concerns non-monetary issues. Specifically, when may a private person use deadly force, and why?

There are two main legal concepts that undergird Jewish law that allows – or even compels – a person to use lethal force. The first is a pursuer (rodef), a case where one person is chasing another to kill. The second is a home invader (ba ba-mahteret), the case of a thief who breaks and enters who is presumed to be willing to use deadly force to protect himself from capture. Taken together, the two show us Jewish law’s view of a right to self-defense as part of its general emphasis on saving lives.

The two are quite different in three important ways: In the case of a rodef, anyone can intervene to save the potential victim, and anyone who is able to do so safely must intervene (although there is no obligation to put one’s own life at risk to save another). The need to protect lives is a central feature of this aspect of Jewish law. Bystanders, like the possible victim, are required to save an innocent victim by using even lethal force; if you cannot physically intervene, Jewish law requires you to call the police or others to help.

On the other hand, Jewish law is clear that only the minimal amount of force needed may be used. If the person intervening can disable rather than kill the person with murderous intent, they must use that lesser force. Interestingly, even the person deemed a rodef, enough of a potential killer to be susceptible to being killed, still has a right of self-defense in Jewish law. That is, should this rodef stop their criminal act and defend themselves (even with lethal force) from the one trying to kill them, if it is the only way to save their life, they would not be guilty of any crime.

When a thief breaks into a house, Jewish law gives the homeowner the right to kill the thief on the assumption a robber will use deadly force in the face of homeowner resistance. While the reasoning seems somewhat circular: The thief comes willing and prepared to kill since they know homeowners tend to protect their property at all costs, even by killing the thief, and therefore is seen as a potential killer to be neutralized with the minimum force necessary, and even lethal force. There is a logical undergirding in this. People are allowed to protect their property, and if the thief is willing to use homicidal force to overcome the homeowner’s protection, the thief is threatening the owner’s life.

But this logic has three important limitations. First, a robber who clearly will not kill if confronted may not be killed merely to defend property; the classic example is a father who breaks into a child’s home, the assumption of a father’s love being too strong to imagine him killing his child just to take money. Second, the homeowner has no obligation to confront the home invader, and instead may choose to run away (or stay unthreateningly quiet under a bed) and allow the thief to steal. Finally, exactly because only property is at play, outsiders have no obligation to intervene with lethal force, nor could the homeowner use lethal force except where there is reason to fear that the burglar is prepared for violence.

Finally, situations of violence are fast-moving and sometimes the facts are uncertain except in hindsight. Jewish law here makes an important contribution to the concept of factual uncertainty as well. A home invader, who is certainly committing a crime, is presumed to be willing to kill unless one is clear that they will not do so. On the other hand, there is no such assumption in the rules pertaining to a pursuer – one may not assume that another is a pursuer unless and until it is clear that the known facts justify that assumption.

We believe this quick summary of the rules shows the balance of values Jewish law brings to the question of self-defense:

First, lethal force is invoked to protect life, and not property. Everyone who can safely save lives, must do so.

Second, Jewish law knows some homeowners will defend their property at risk to their lives; while this attitude is not necessary, it is common enough, and outweighs the thief’s right to expect to steal without lethal repercussions, so that defense of property can become an inherent situation of self-defense as well.

Third, a home invader can be assumed to be prepared to use lethal force until we know to the contrary, whereas a pursuer can only be killed when we know that this person is seeking to kill in violation of the law.

Finally, Jewish law gives no right of lethal force merely to protect property when no life is in danger. Killing a burglar who has indicated no intent to kill is a violation of Jewish law.

Of course, we understand that “facts are complex” and in the heat of the moment, making proper decisions is difficult for many people. Jewish law has deeply important moral principles that are central to determining what these right decisions are. 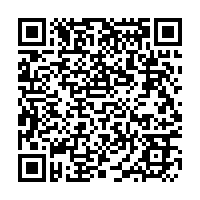