There is a widely accepted aspect of modern life that contradicts many Jewish teachings and harms people, communities, and the planet – the mass production and widespread consumption of meat. Here is why high meat consumption and the ways in which meat is produced today conflict with Judaism in at least six important areas:

* While Judaism mandates that people should be very careful about preserving their health and their lives, numerous scientific studies have linked animal-based diets to heart disease, stroke, many forms of cancer, and other chronic degenerative diseases.


* While Judaism forbids tsa’ar ba’alei chayim, inflicting unnecessary pain on animals, most farm animals – including those raised for kosher consumers – are raised on “factory farms” where they live in cramped, confined spaces, and are often denied fresh air, sunlight, exercise, and any enjoyment of life, before they are slaughtered and eaten.

* While Judaism teaches that “the earth is the L-rd’s” (Psalm 24:1) and that we are to be G-d’s partners and co-workers in preserving the world, modern intensive livestock agriculture contributes substantially to soil erosion and depletion, air and water pollution, overuse of chemical fertilizers and pesticides, the destruction of tropical rain forests and other habitats, global warming, and other environmental damage.

* While Judaism mandates bal tashchit, that we are not to waste or unnecessarily destroy anything of value, and that we are not to use more than is needed to accomplish a purpose, animal agriculture requires the wasteful use of food, land, water, energy, and other resources.

* While Judaism stresses that we are to assist the poor and share our bread with hungry people, over 70% of the grain grown in the United States is fed to animals destined for slaughter (it takes up to 16 pounds of grain in a feedlot to produce one pound of beef), while an estimated 20 million people worldwide die because of hunger and its effects each year.

* While Judaism stresses that we must seek and pursue peace and that violence results from unjust conditions, animal-centered diets, by wasting valuable resources, help to perpetuate the widespread hunger and poverty that often lead to instability and war.

In view of these important Jewish mandates to preserve human health, attend to the welfare of animals, protect the environment, conserve resources, help feed hungry people, and pursue peace, contrasted with the harm that animal-centered diets do in each of these areas, I believe that committed Jews (and others) should sharply reduce or eliminate their consumption of animal products.

One could say dayenu (it would be enough) after any of the arguments above, because each one constitutes by itself a serious conflict between Jewish values and current practice that should impel Jews to seriously consider a plant-based diet. Combined, they make an urgently compelling case for the Jewish community to address these issues.

* G-d’s first dietary regime was strictly vegetarian (actually vegan – no animal products at all) (Genesis 1:29). This is consistent with what modern science has found with regard to our similarities to herbivorous animals and our differences from carnivorous animals.

* According to Rabbi Abraham Isaac Hakohen Kook, first chief rabbi of pre-state Israel and one of the most outstanding philosophers of the 20th century – and to Kli Yakar, Baal Ha’Akeidah, Sefer HaIkarim, Radak, among others ¡ª the Messianic period will be vegetarian. He based this on the prophecy of Isaiah, “The wolf will dwell with the lamb…the lion will eat straw like the ox…and no one shall hurt nor destroy on all of G-d’s holy mountain.”

* According to scholarly articles by non-vegetarian Orthodox rabbis J. David Bleich and Alfred Cohen, Jews need not eat meat today, even on the Sabbath day or festivals. This is reinforced by the fact that the late Ashkenazic chief rabbi of Israel, Rabbi Shlomo Goren, was a strict vegetarian, as is the current chief rabbi of Haifa, Shear – Yashuv Cohen.

* Given the many environmental threats today related to trying to feed 48 billion farmed animals worldwide, it can be argued that a shift toward vegetarianism is not only an important individual choice, but that it is also a societal imperative.

In view of the above, I believe it is essential that there be a respectful dialogue in the Jewish community on the impacts of animal-based diets and agriculture on basic Jewish teachings. I hope that the many rabbis and other scholars associated with The Jewish Press will play a leading role in this regard.

Perhaps a commission of respected rabbis and other Jewish leaders, nutritionists, health experts, and environmentalists should make a thorough investigation and report its findings to the Jewish community. I believe this is essential for the future of Judaism and our precious – but imperiled – planet. 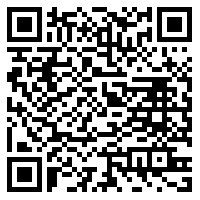