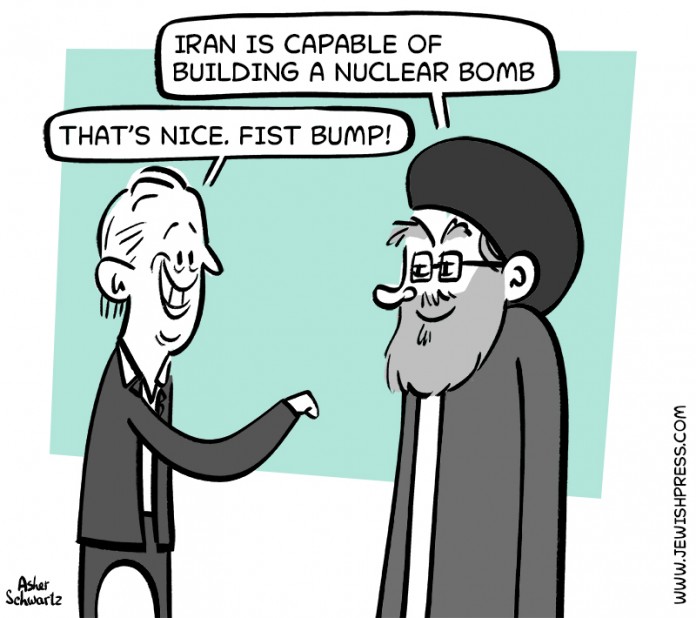 Like a one-trick pony, Iran’s ruling mullahs have played unpredictable so often that they have become predictable in their unpredictability.

Facing a nationwide uprising that seems to continue despite massive repression and shaken by the International Atomic Energy Agency’s unexpectedly tough stance on the never-ending nuclear dispute, Supreme Leader Ayatollah Ali Khamenei has ordered fresh use of an old recipe, which has two ingredients.

The first ingredient is an announcement that the Islamic Republic has started enriching uranium UF6 up to 60% instead of the 3.67% allowed under the moribund Obama “nuclear deal”. This means that the mullahs intend to speed up enrichment to 90%, which would give them the material needed for producing nuclear weapons.

The new enrichment program is taking place in the Fordo nuclear center which, built deep underground, is supposed to be immune from possible air strikes.

As on the eight previous occasions when this trick was used, Tehran’s message is addressed to Western powers, notably the United States: resume the nuclear talks or else!

Over the years, Tehran accumulated over 10,000 kilograms of enriched uranium, for which it had no use except for diplomatic blackmail.

The mullahs played that trick with presidents Bill Clinton, George W. Bush, Barack Obama and Donald Trump. In every case, except that of Trump, the trick worked.

It didn’t work with Trump because he wanted a photo-op with the top mullah as he had clinched from North Korean despot Kim Jong-un. My guess is that had they given Trump the photo-op he wanted, they would have received much more than his predecessors gave.

The mullahs need the process of talking about the nuclear deal to counter charges that their regime is a global pariah.

Endless talks also enable them to pose as a major power dealing with other major powers. The daily Kayhan boasts that “all big powers need to talk to Islamic Republic” because “they know that our revolution can bring down their palaces on their heads.”

In other words, the mullahs are contemplating the “Samson option.”

At the same time, Foreign Minister Hussein Amir-Abdollahian plays reluctant debutante by claiming that the US “is begging us to resume talks.” Over the past two weeks, he has been pestering Omani and Qatari foreign ministers with phone calls demanding they persuade Washington to return to the stalled talks.

The second ingredient in the Khomeinist recipe is the seizure of hostages, something that the mullahs have practiced since day one of their 43-year control of Iran.

Last week, Tehran announced that 41 foreign nationals have been seized as hostages and charged with helping the current anti-regime protests across the country. That brings the number of hostages now held by the mullahs to 81, the highest since they seized 52 American diplomats in 1979.

Will the trick work again? I am almost certain that, had it not been for the current uprising against the Islamic Republic, the Biden administration would have fallen for the trick with a big smile, if only to save Obama’s only legacy while settling scores with Trump.

It is not hard to expose Tehran’s game as a cheap trick. For years, Tehran, through its lobbyists and useful idiots in Washington, has been selling the story that Khamenei has issued a fatwa banning the production of nuclear weapons under Islamic law.

To be sure, no one has ever seen that fatwa except supposedly Obama, who claimed he had some knowledge of it. But if there is such a fatwa and the mullahs don’t intend to build a bomb, why would they need to enrich uranium up to 60 percent? That degree of enrichment has no obvious use either as fuel for nuclear power plants or research reactors that need only 20% enriched uranium.

As for seizing hostages as a tool in diplomacy, the past four decades must have taught everyone not to be impressed. We have been there, seen that and bought the T-shirt a dozen times.

When it comes to the “Samson option” that Iran’s Islamic Revolutionary Guard Corps propaganda is musing about, it would do the mullahs much good to reread the Bible story.

Samson is the Bible’s Hercules, who kills a lion with his bare hands and dispatches 1,000 Philistines with the jawbone of an ass. He has the body of a giant but the brain of a pygmy and lets himself fall for a woman, a symbolic way of saying he fell for his own delusion of grandeur and lost the divine grace that had given him such strength.

The mullahs’ game worked for as long as it concerned only themselves and the cynical or lily-livered Western politicians.

This time round, however, a third player is in the field: a good chunk of Iranian people who feel they cannot take it anymore.

The myth of the Khomeinist despotism as a people-based regime, peddled by characters like Noam Chomsky, has been punctured. Even Bill Clinton is now tweeting support for young Iranians calling for regime change in Tehran.

The Khomeinist regime reminds one of the ancient Greek parable about the hedgehog who knows only one thing and the fox who knows many. The hedgehog could protect himself for as long as the fox was not willing to use its wider knowledge against it.

In dealing with a despotic regime such as the one the mullahs have imposed on Iran, the choice is not limited to either surrender or invasion, as Tehran’s lobbyists in Washington claim. The best option, perhaps, would be to let the mullahs stew in their own juice, thus exposing their anachronism while Iran’s younger generations wish to be part of the modern world, warts and all.

For the first time since the mullahs seized power, the real battle over the future of Iran is being fought inside Iran itself. Even assuming that the Khomeinist regime ever enjoyed divine grace, it is now becoming increasingly clear that it has now lost it, becoming a caricature of the biblical Samson.

{Written by Amir Taheri and reposted from Gatestone Institute} 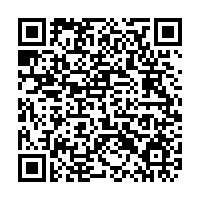