This is the contemporary Ku Klux Klan.

As with the Klan they feel it necessary to wear masks.


They are worse than Night Riders because they feel free to carry out their violence in the daytime because they know they have Arab-Palestinian society, as created by Yassir Arafat and the PLO, behind them… as well as the Western-Left.

A recent Watan Research Center poll, conducted between November 14 and the 21st of this year, reveals that 72 percent of Arabs living in Judea, Samaria, and Gaza favor the Stabbing Intifada.

This is to say that 72 percent of Arabs who live within the Land of Israel believe that they have a religious-political imperative to send their kids into the streets with kitchen knives for the Allah-inspired purpose of murdering random Jews.

It does not matter the age of those Jews; a woman in her 80s, a child in her crib, it does not matter.  Nor does it matter the personal beliefs of those Jews.  All that matters is that, if you are to kill them – and you are, young Achmud – that they be Jewish.  Even Palestinian-Arab Jihadis do not necessarily have a particular desire to murder Tibetan-Buddhist care-takers , after all.

There is no way to escape from that conclusion, now, is there?

A full 72% said they support continuing the “Al-Quds (Jerusalem) Intifada,” as it has been termed, until it achieves its “goals,” which they were later asked to define.

No less than 44% of the Arab public expressed support for an armed intifada terror war using guns, 18% gave support to stabbing attacks, and 14% supported attacks throwing rocks at Israelis.

The goal of the intifada terror war according to 48% of the Arabs is the “liberation of Palestine,” indicating the conquest and occupation of all of Israel.

This is not a border dispute.

The War of the Filthy-Footed

This is a theocratic war waged by a much larger, hostile Arab-Muslim majority in the Middle East against a much smaller besieged filthy-footed Jewish minority endeavoring to survive and thrive.

The only reason that tiny bit of land on the edge of the Mediterranean is important to the Arab world is because Jewish people currently hold sovereignty over our ancestral homeland.  Unfortunately, it is hard-coded into Islam that Muslims have a theological imperative to maintain sovereignty over any bit of land – including Spain – that at any time was taken from the “infidels” by Muhammad’s soldiers.

Thus Jewish sovereignty on Jewish land is considered an abomination before the eyes of Allah and an indignity to the Prophet Muhammad… Peace Be Unto Him.

You can be sure, considering Israel’s technological and medical contributions to the world community, that if Israel represented a 23rd Arab-Muslim country it would be considered a “light unto the nations.”

When Israel was under Ottoman rule, Jerusalem was a backwater.  The al-Aqsa mosque had no gold plating.  The place was essentially a ruin and nobody spoke of it as the third holiest anything to anyone.  The Jews, being indigenous to the region, have lived on that land for something close to four thousand years.

The Jewish people are the closest thing that the Land of Israel has to an indigenous population.  It is true that other peoples have lived on that land prior to the Israelites, but unless there is a wondering band of Jebusites out there someplace then the land from the river to the sea is the land of Jewish sovereignty.

The West
Vic Rosenthal, of Abu Yehuda fame and a columnist at the Elder of Ziyon, has a bold and interesting article entitled, Calling their bluffs.
His argument is that the enemy is attacking the Jews in Israel via a dual strategy of “micro” attacks and “macro” attacks.  The micro attacks represent things like the cute blonde child, who the Elder has dubbed “Shirley Temper” – part of the vaguely annoying Tamimi clan – that they send out to shake her little fist at Jewish soldiers.
Here is a video from 2012:

As you can see, the Arabic press is there to broadcast any Israeli Jewish push-back as aggression.

The purpose is to induce an IDF response which can then be transmitted around the world via a sympathetic news media in Europe and the United States.   The purpose of demonizing Israel is to soften it for its eventual dissolution.

If that were to happen the genocide of half the world’s Jewish population – amazingly enough about 6 million people (there is that number again) – would die in Holocaust Version II, the Arab-Muslim variety that the Mufti hoped to accomplish with the victory of Nazi Germany over the West during World War II.

The macro strategy is to attack Israel in a military fashion with rocket-fire from Gaza in order to intimidate the southern Israeli population, particularly the towns of S’derot and Ashkelon, and then appeal to the world community for mercy from Israeli aggression when the Jews – after years of such attacks – finally respond.

It is pathetic, but effective, given western multiculturalism and failure of self-esteem. 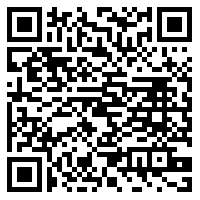