Stephen Walt and John Mearsheimer’s “The Israel Lobby and U.S. Foreign Policy,” posted on the Harvard School of Government website and abridged in the London Review of Books, has generated assertions that it is anti-Semitic – in effect if not intent. But it is the sheer shoddiness of the paper that is most stunning.

Walt and Mearsheimer asserted the facts in their paper were “not in serious dispute among scholars.” To get a sense of how utterly false that statement is, let’s review – as a case study of their methodology – the following statement in their paper:


“[N]o Israeli government has been willing to offer the Palestinians a viable state of their own.Even Prime Minister Ehud Barak’s purportedly generous offer at Camp David in July 2000 would only have given the Palestinians a disarmed and dismembered set of “Bantustans” under de facto Israeli control.40″[Emphasis added]

That assertion was supposedly supported by Footnote 40, with its impressive-looking string of citations:

“40. Charles Enderlein, Shattered Dreams: The Failure of the Peace Process in the Middle East, 1995-2002, trans. Susan Fairfield (NY: Other Press, 2003), pp. 201, 207-208; Jeremy Pressman, “Visions in Collision: What Happened at Camp David and Taba? International Security, Vol. 28, No. 2 (Fall 2003, p. 17; Deborah Sontag, “Quest for Mideast Peace: How and Why it Failed,” New York Times, July 26, 2001; Clayton E. Swisher, The Truth about Camp David: The Untold Story about the Collapse of the Peace Process (NY: Nation Books, 2004), pp. 284, 318, 325. Barak himself said after Camp David that “the Palestinians were promised a continuous piece of sovereign territory except for a razor-thin Israeli wedge running from Jerusalem through from Maale Adumim to the Jordan River,” which effectively would have been under Israel’s control. Benny Morris, “Camp David and After: An Exchange (1. An Interview with Ehud Barak)”, New York Review of Books, Vol. 49, No. 10 (June 13, 2002), p. 44. Also see the map Israeli negotiators presented to the Palestinians at Camp David, a copy of which can be found in Roane Carey, ed., The New Intifada: Resisting Israel’s Apartheid (London: Verso, 2001), p. 36.

You do not need an advanced degree from Harvard to realize there is a serious problem with that footnote:

First, the citations are to secondary sources, not primary ones, with the exception of (a) the Barak interview (quoted in more revealing length below), and (b) a misleading “map” (found by the “scholars” in a book subtitled “Resisting Israel’s Apartheid”).

Second, there are well-known primary sources not considered in the footnote, including the day-by-day accounts of Camp David in Dennis Ross’s The Missing Peace (2004) and Israeli Foreign Minister Shlomo Ben-Ami’s nine-thousand word interview in Haaretz in 2002.

Let’s look at what Barak actually said in the interview cited by Walt/Mearsheimer, then at what was actually shown on the map they cite, and then at the readily-available primary sources they ignored:

In the interview, Barak recounted the call he received from Bill Clinton hours after publication of The New York Times article by Deborah Sontag(one of the secondary sources cited in Footnote 40). Barak quoted Clinton as saying:

What the hell is this? Why is she turning the mistakes we [i.e., the US and Israel] made into the essence? The true story of Camp David was that for the first time in the history of the conflict the American president put on the table a proposal, based on UN Security Council resolutions 242 and 338, very close to the Palestinian demands, and Arafat refused even to accept it as a basis for negotiations, walked out of the room, and deliberately turned to terrorism. That’s the real story – all the rest is gossip. 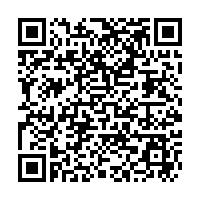