It has long been Israel’s answer to merging Orwell with Chelm, the mythical town of amusing stupidity in Jewish folklore.

For years, the Israeli government has made social security and other social welfare payments to convicted Arab terrorists and murderers. If an Arab entitled to unemployment insurance, welfare payments, pensions, or other “social” compensation happens to engage in terrorism and happens to be imprisoned, he and his family continue to receive the welfare payments. If the terrorist dies, his dependents collect survivor benefits. Terrorists disabled while planting bombs or attacking Jews can collect disability insurance stipends.


In 2012, an initiative was begun in the Knesset led by David Rotem (from the Yisrael Beitenu party), to cut the stipends and pensions paid to convicted murderers and terrorists by 50 percent.

In other words, the Knesset was only one-half working against welfare support for terrorists, by preserving half of the stupidest idea in human history. Rotem wanted to eliminate the Paychecks for Terrorists Program altogether but there was too much opposition in the Knesset and from the government’s pinheaded lawyers.

Unbelievably, Israel’s Ministry of Justice bureaucrats opposed any reduction in welfare benefits for the mass murderers. It would be unjust, you see; insensitive to the needs of the families of terrorists. The Israeli left denounced the initiative as “anti-democratic.”

Last month the Knesset managed to pass a bill in a preliminary hearing that would make Israeli Arab terrorists who are freed early from prison lose some state benefits. The bill does not really strip them of welfare perks altogether, it just says they cannot start collecting benefits until the full prison term to which they had been sentenced is finished. That way they cannot collect early if they are released before the end of the sentence.

Amram Mitzna, for example, voted for the terrorists. Mitzna is now a member of Tzipi Livni’s party, which is part of the Netanyahu coalition. This is the same Mitzna who once was a Labor contender for prime minister and before that served as mayor of Haifa.

It needs to be emphasized that these endorsements of anti-Israel boycotts show how fundamentally anti-democratic the Israeli left is. The Israeli left has failed miserably over decades to persuade the Israeli electorate of the correctness of its views. Since the vast majority of Israelis reject the platform of the left, leftists stoop to anti-democratic means, attempting to get their anti-Israel friends all over the world to subvert Israeli sovereignty and impose the will of the tiny Israeli leftist minority on the country through extortion and economic warfare.

There is no difference between boycotts of settlements and boycotts of all of Israel. A democratic left would attempt to peddle its opinions in the Israeli marketplace of ideas and try to persuade the Israeli public of the correctness of its positions. If the leftists were successful, the voters would then elect governments that would force the settlers to leave the territories.

The settlers are where they are because the Israeli government and the bulk of the electorate want them there. The economic warfare against settlements is in fact a program of aggression against an electorate that has decided to have settlements constructed and maintained. 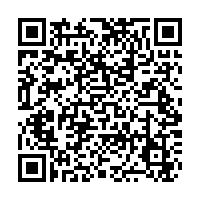