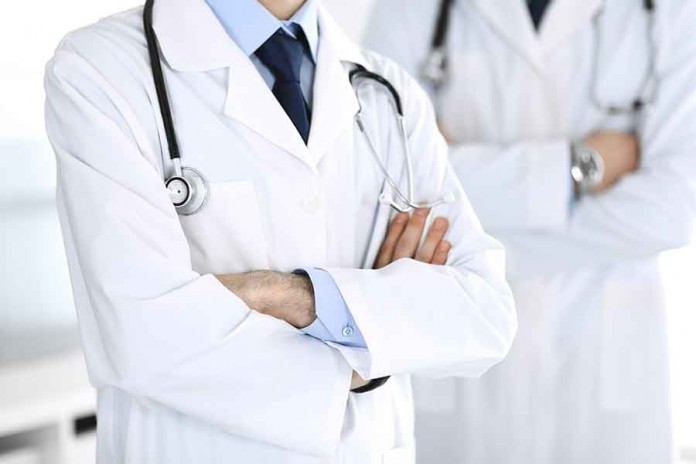 Many years ago, I met a couple called Debby and Oliver Shapiro in Livingston, New Jersey. Debby told me a story about her grandmother that intrigued me.

The year was 1939 and she understood the threat from Germany. She decided that she and her family must get to America and managed to secure visas for them all but still required to get an exit visa from Poland to allow them to leave.


Debby’s grandmother joined a line of people at a Polish government office while holding Debby’s mother, then a baby in her arms.

When she eventually reached the head of the line, she met the sneering face of a man who examined her papers and even though they were all in order, refused to issue the exit documents. He told her to try again the next day. Debby’s grandmother returned with her infant and after hours of standing, met the same sneering face. He once more refused to stamp her papers.

The undaunted mother returned with her baby for a third time but now, as she stood in the line, she pinched her little girl on her leg producing loud wails and crying that filled the large room. Eventually the baby stopped crying and after a few minutes and another pinch, the cacophony started all over again. By the time the mother and child reached the anti-Semitic Pole he glared at the Jewess and the baby that had given him such a headache and promptly stamped her papers snarling at her to get out. So, a Jewish family escaped the coming flames.

I think feminine wisdom must run in that family. When my late wife was first diagnosed with cancer, Debby called me to say,

Before moving to the States some ten years ago, I was the Jewish Chaplain to two medical schools in England: Manchester and Liverpool. My job was to look after the welfare of their Jewish students and be the channel between the schools and the Jewish community at large.

There was much for me to do. Both schools had several outbreaks of institutional anti-Semitism where Jewish students, and in particular religious ones, were discriminated against. Then I had to accompany them through the process of becoming doctors; a seven-year process.

I am not sure if Debby’s opinion about doctors and apotheosis applied to all or even most of them, but certainly some (usually those who became surgeons) did develop an unhealthy and exaggerated opinion of their abilities and gifts.

In over twenty-three years of mentoring medical students and young doctors, I would offer a different diagnosis to Debby’s…

“The problem is…that doctors are people.”

As I saw in both schools, doctors being “people” means some of them are anti-Semitic. Some, perhaps many, kill their patients.

(I do not mean intentionally or even by neglect, but simply because they are humans and humans make mistakes. If I as a rabbi make a mistake, you may eat something milchig simply because I thought it was pareve. If a doctor makes a mistake, a heart may stop beating.)

There are doctors who have been among the most prolific serial killers in history and some who actively participate in euthanasia outside countries where it is legal. At a more mundane level, there are those who are junkies and abusers. Then there are others whose devotion to medicine leads them to put their lives in danger and volunteer to work in refugee camps in war zones or give so much care to their patients that they have almost no private life left at all.

To put it simply, doctors bring every single human frailty and flaw to their profession as well as the most noble and inspirational ones too.

Doctors who are aware that their flaws are anathema to the practice and reputation of their profession, usually try to hide their problems and limit their effect. Others shamelessly use their title and qualification regardless of the damage it does to the name of Doctor.

You will find a few (and relatively, it really is a few) who endorse some of the silliest and most dangerous quackeries around.

As doctors are simply human beings, we would expect to find eccentrics among their numbers.

Then there are those who have been paid by huge multinationals to conduct research that states that their funder’s products (think tobacco) are wholesome and good when they are deadly.

In 2019 ahead of the Democrats’ failed attempt to impeach President Trump, a petition signed by 350 psychiatrists and other mental-health professionals claiming that President Donald Trump’s mental health was deteriorating rapidly, was submitted to Congress.

Unsurprisingly, none of them had examined the president.

In preparing this article I was very tempted to write a generic letter to all the members of this merry medical menagerie, inviting them to give their diagnoses on President Biden’s mental state. Of course, I already knew what their answer would be, the correct one, no diagnosis is possible without a consultation with the patient.

And that takes us to another human frailty that doctors possess, political bias.

In today’s febrile American political landscape, that may be the most dangerous human flaw medicine and science faces. For if doctors and scientists of either side, clearly demonstrate their fealty to the Left or the Right over empirical proof and scientific process, they fatally damage both. They cause people to no longer listen to them, even when they should.

Part of the “Physician’s Prayer” attributed to the Rambam, contains the words…

“Inspire me with love for my skill and for Your creatures. Do not allow thirst for profit, ambition for renown and admiration, to interfere with my profession, for these are the enemies of truth and of love for mankind and they can lead astray in the great task of attending to the welfare of Your creatures.”

That Jewish prescription might do much to heal… the problem with doctors.