On 18 December, 2017, Ahed Tamimi, a teenage girl, was documented screaming repeatedly punching, hitting and kicking soldiers of the Israel Defense Forces (IDF) who faced her impassively without hitting her back. The 16 year old has been indicted on five counts for assault, and her mother, who filmed the event, was charged with assault and incitement after posting a video of the teen on social media in which she urges others to harm Israel with stabbing attacks or suicide bombings.

Following this incident, worldwide media has celebrated this family as “struggling against the resistance” – with NBC News describing the blond-haired, blue-eyed teenager as the ‘poster child’ for the Palestinian struggle – the reality is something vastly different.


Investigative journalist Petra Marquardt-Bigman has revealed some “alternative truths” about this violent youth and her family:

Bassem Tamimi, her father has long served as the spokesman for Nabi Saleh’s supposedly non-violent protest movement.In an interview published in early May 2011 on the website The Electronic Intifada (and promptly cross-posted) at the website of the Hamas-affiliated al-Qassam Brigades, Bassem Tamimi outlined views he has since repeated many times. A quote from the interview—“our destiny is to resist”—has become a signature slogan for the Tamimis.Bassem Tamimi had already expressed his hope in his Electronic Intifada interview that the regular protests in Nabi Saleh would provide “the basis for the third intifada.”

Bassem Tamimi’s Facebook activity indicates that he “likes” the al-Qassam Brigades, the armed wing of the Hamas terrorist movement.  Perhaps the most clear example of his sympathy for Hamas’s terror is his endorsement of a post promoting the al-Qassam Brigades on the Facebook page of Ahed Tamimi, his daughter.

A few examples of the social networks posts by this family reflect the ideological world of the Tamimi family: in the picture, Bassem Tamimi has his arm around his nephew, the terrorist Nizar Tamimi, who murdered Chaim Mizrahi, a resident of  the community of Bet El, in 1993. Nizar married Ahlam Tamimi – the murderer from the Sbarro [restaurant suicide bombing on 9 August 2001, in which 15 people were killed and 130 wounded – half of them children]. The entire Tamimi family from Nabi Saleh participated in the wedding of the murderers Ahlam and Nizar Tamimi, who were released in the Gilad Shalit exchange in 2011.

Nariman Tamimi, Ahed’s mother justified the Sbarro massacre as “an integral part” of this struggle, adding that “everyone fights in the manner in which he believes. There is armed uprising, and there is popular uprising. I support every form of uprising.”

Her Facebook activity during the recent wave of stabbing attacks provides ample evidence that she meant what she said. A particularly graphic example is a post she shared on October 14, 2015 providing “a map of the spots that have to be targeted in the filthy body of the Israeli soldier.”

Manal Tamimi , Ahed’s cousin shared her views on the subject of Yom Kippur, the holiest day in the Jewish calendar: “Vampire Zionist celebrating their Kebore day by drinking Palestinian bloods, yes our blood is pure & delicious but it will kill u at the end.”

When the October, 2015 violence was launched with the brutal murders of Eitam and Na’ama Henkin in front of their four young children, Manal Tamimi tweeted jubilantly: “2 zionist settlers (a man and his wife) was killed near #Etamarsettlment #Nablus #ressistance_is_existance #time_to_pay_the_price.” A few hours later, she threatened: “all settlers in West Bank should stay at their house, Pal lions still free & can reach u & kill you where ever u r.”

The Tamimi family are devoted to terrorism – and while for cameras they pay lip service to non-violence, their social media activity shows all too clearly that they harbor intense Jew-hatred and that they are willing to glorify and incite murderous terror attacks.

The radical Breaking the Silence organization took tourists on guided tours of the Tamimi family home. The Association for Civil Rights in Israel read a speech by Nariman at one of the organization’s marches.

Why would American Jews like David N. Myers of the Center for Jewish History who lead the New Israel Fund permit their funded organizations to stand with a family that supports terror?

In addition, it turns out that the above organizations are not the only NIF grantees that support the Tamimi family. Libby Lenkinski, Vice President for Public Engagement at the New Israel Fund, wrote:  “Ahed Tamimi and her father Bassem do not deserve to be occupied – not because they are nice people of upstanding character (which they are – I know them myself) but because nobody deserves to be occupied. And no soldier… can kindly enforce an occupation.”

The New Israel Fund must stop funding organizations that cooperate with this terrorist family. 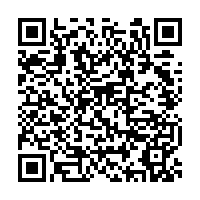