The recently highlighted “crisis of Zionism” is in fact a quandary afflicting Jewry and no new phenomenon. Rather, it has two sources, each centuries old.

One source is the exile and dispersion of a majority of the Jewish people from their native land of Israel by Emperor Hadrian in the year 135 CE, and the deep-seated and long-lasting consequences on the Jewish psyche over the course of the ensuing 1,813 years; the other source is about 200 years old, a gradual religious erosion which begins with the radical Reform movement of Samuel Holdheim in Germany and David Einhorn in the U.S., continues with Conservative and Reconstructionist Judaism in America, and culminates in mass Jewish assimilation throughout the Western world in contemporary times.

Expelled and wandering over many centuries, Jews evolved from an eastern, Oriental people embedded in its homeland to a nomadic mass settling amid the western vistas of Europe and ultimately the Occident of the Americas. While ties to Israel were never severed, the collective recollection of the failed Bar Kochba revolt and subsequent messianic pretenders caused many even among Jewry’s leadership to believe that the foretold ingathering of exiles required the coming of the true Messiah and nothing less.

Despite the early political Zionism of such farsighted rabbis as Yehudah Alkalai, Zvi Hirsch Kalischer, and Shmuel Mohilever, other rabbinic leaders eschewed political Zionism. Had more Jews been influenced by their leaders to forsake European and Muslim lands for what was then Ottoman Palestine, the number of casualties in the Holocaust and Arab pogroms would have been significantly lower.

Still, an overemphasis has been placed on political Zionism inside and outside of Jewry: the pragmatic manifestation of Zionism is less than 200 years old. The original Zionism – the millennia-old spiritual, psychological, and emotional yearning of Diaspora Jews to return to the land of Israel – is itself only one aspect of Judaism; to dwell on political Zionism, therefore, is to abstract an aspect of an aspect of Judaism as if it equates to Judaism as a whole.

When Jewish and Israeli leaders speak of why the Jewish people belong in Israel, they err when they emphasize political Zionism or the Holocaust rather than our religious, historical, and cultural identity. Whether or not a Herzl or a Hitler had ever lived, the people and land of Israel would still have belonged to one another.

Notably, the two sources of the Judaic crisis – prolonged exile, and secularization of religion – exist in parallel to the dual heritage of Jewry: both the land of Israel and the Torah form the Hebraic inheritance. One was not meant to be fulfilled without the other.

This leads us to the second source of the crisis: the attenuation of religious observance. Modern Jews – especially North American Jews – have a predilection for dispensing with religious components of ideas they find otherwise useful. Most notably, the concept of “tikkun olam” has been co-opted ad infinitum by well-meaning liberal, non-Orthodox Jews for purposes of social justice, yet the notion and the very wording derives from the religious phrase “to emend the world under the sovereignty of God,” the latter part of which is routinely neglected. Similarly, some sentimental non-observant Jews pride themselves on maintaining that they eat “kosher style” if not actually keeping kosher (akin to being “pregnant style” rather than pregnant), and some Jews who do not adhere to the norms of Orthodoxy still claim with satisfaction to be “Modern Orthodox.”

Likewise, when discussing the state of Israel and its declaration of independence, liberal North American Jews underscore the “democratic” element while downplaying the “Jewish” element mentioned therein. For them, the state is Jewish by virtue of its Jewish inhabitants; the state is Jewish the same way they are – automatically. Whether the state’s collective character, morals, ethics, values, and principles are traditionally Jewish is of little interest to them, because it is of little interest to them as individuals who are either irreligious or part of the diluted modern-era movements for which the foundational laws of kashrut and Shabbat are not binding, scripture is creatively reinterpreted in light of secular humanism, the distinctive roles of men and women are overturned, and faith in God obsolete. 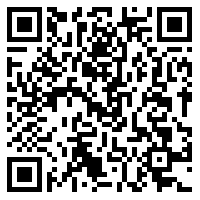