In April 2012, China’s ships surrounded Scarborough Shoal in the South China Sea. By July, the Chinese had erected a barrier to the reef’s entrance, denying access to all but their own vessels. The swift action was taken despite mutual promises by Beijing and Manila to leave the area, which up until then had been controlled by the Philippines. Chinese state media gloated over the deception.

After gobbling up Scarborough, Chinese vessels and aircraft stepped up their intrusion into Japanese territorial waters and airspace around the Senkaku Islands in the East China Sea, in an effort to wrest them from Tokyo. In a display of massive force, eight Chinese ships entered the waters around the uninhabited outcroppings on the 23 of this month. On Friday, China’s Foreign Ministry said the islands were a “core interest,” meaning that Beijing will not stop until it has taken control of them. Some analysts think China will try to land forces on the Senkakus soon.


Beijing’s aggression on the seas is being matched by its aggression on land. During the night of April 15, a Chinese platoon-strength force advanced 10 kilometers south of the Line of Actual Control, the de facto border between China and India in the Himalayas, and established a tented camp in the Daulat Beg Oldi sector of eastern Ladakh. In recent days, Chinese troops advanced another 10 kilometers into India, one more bold attempt to take ground from a neighboring country.

China is a belligerent state that seeks to seize territory from an arc of nations: from India in the south, to South Korea in the north. At the same time, we are hearing war talk from the Chinese capital—from civilians, such as new leader Xi Jinping, to China’s senior military officers. Washington has yet to understand the fundamental challenge China’s militant nationalism poses to America and to the international community.

At one time, it seemed that Beijing, for its own reasons, wanted to work with the U.S. Washington, in turn responded to Chinese overtures. Since Nixon’s trip to Beijing in 1972, the U.S. “engaged” the Chinese to bring them into the international community. The concept was that our generous policies would avoid the devastation that Germany and Japan precipitated last century. The American approach proved durable, despite tumultuous change over the course of four decades, precisely because it was consistent with our conception of our global role as the ultimate guarantor of peace and stability. The policy of engagement of China was enlightened, far-sighted, and generous.

It was also a mistake.

Beijing prospered because of America’s engagement, and while the Chinese required help, they seemed to accept the world as it was. Now, however, they believe they no longer need others and are therefore trying to change the world for the worse. China is not only claiming territories of others but also trying to close off international waters and airspace; proliferating nuclear weapons technology to Iran; supplying equipment to North Korea’s ballistic missile program; supporting rogue elements around the globe; launching cyber attacks on free societies; undermining human rights norms, and engaging in predatory trade tactics that helped tip the global economy over the edge in 2008.

Beijing has gone on a bender. Soon after President Obama’s troubled summit in the Chinese capital in November 2009, China dropped all pretense and started openly to challenge the American-led international system. Chinese diplomats, officials, and officers spent less time explaining, persuading, and cajoling and more time complaining, pressuring, and threatening. In early 2010, China’s flag officers and senior colonels made a point of publicly talking about fighting a war — a “hand-to-hand fight with the U.S.,” as one put it — in the near future. China, as Robert Sutter of George Washington University points out, is the only major power actively planning to kill Americans, and, judging from public comments, China’s senior officers are relishing the prospect of doing so.

IT IS NOT HARD to understand how China became a militant state. First, Chinese leaders became arrogant, evidently believing they were leading the world’s next great power. They saw economic turmoil elsewhere and told us through their media that the United States and the rest of the West were in terminal decline.

Second, the ruling Communist Party was going through a tumultuous leadership transition that, despite appearances, is still not completed. As the so-called Fourth Generation, led by Hu Jintao, gave way to the Fifth, under the command of Xi Jinping, feuding civilians sought support for their personal political ambitions from the flag officers of the People’s Liberation Army. Consequently, the generals and admirals effectively became arbiters in the Party’s increasingly rough game of politics. And in a time of political transition, almost no civilian leader was in a position — or willing to take a risk — to tell the top brass what to do. As a result, the military gained substantial influence, perhaps becoming the most powerful faction in the Communist Party. 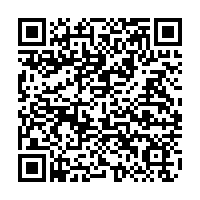