As a young reader, I lacked the maturity to appreciate the joys of rereading a book. With the siren song of untouched pages whispering in my ear, I had no temptation to return to a story that held no promise of the unexplored. As my reading palate developed, I ventured beyond the escapism of fiction and encountered the genre of creative nonfiction; a hybrid of memoir and personal essay that defines itself as “true stories, well told.” I found myself drawn to these types of stories, and for the first time in my reading career, I understood why someone would want to reread a book.

There are many reasons why rereading a book is such a pleasurable endeavor. A familiar narrative is comforting. Without the anxious anticipation regarding the fate of the protagonist or the threat of a disturbing plot twist, we allow ourselves to luxuriate in the beauty of language and the perfect juxtaposition of word upon word. We pick up on details previously missed, adding new layers of understanding and appreciation to the familiar text. Reading a book as a ten-year-old and then rereading it as an adult offers us insight into how much we have changed over the years. Canadian novelist Robertson Davies phrased this beautifully: “A truly good book should be read in youth, again in maturity, and once more in old age, as a fine building should be seen by morning light, at noon, and by moonlight.”

About ten years ago, when my youngest daughter started high school, I was granted the gift of “me time.” After about a year of devouring fiction bestsellers and mindless chick lit I started to become more particular about the types of books I was reading and how I was reading them. I began to read more methodically, paying attention to the words themselves instead of racing to the end. Whenever I would come across a paragraph or turn of phrase that struck me as particularly thought-provoking, I placed a small post-it note at the top of the page so I could revisit it. It was during this time that I discovered how powerful rereading a book could be.

One of the downsides of rereading books is that it steals precious time away from the opportunity to read new books. As any bibliophile will attest, this is a truly difficult conundrum. This, however, is where my post-it notes saved me – instead of rereading the whole book, I would turn to the tabbed pages and reread the passages I had marked for distinction. At times as I reexamined these words anew, I would wonder who I was when I thought they were special. I took these words and held them up to the light, scrutinizing them through the powerful lens of new life experiences. Often, the words and the concepts passed muster and I marveled at their timeless grace and beauty. At other times, though, I looked at the text and none of it evoked any emotional response at all. I wondered if it was good or bad that I could no longer find myself under the frayed pink sticky notes. Having lost their power, I would peel off the notes that the new me had outgrown and toss them in the trash, hoping that this fresh iteration of myself was older, wiser, and ready for new words. The alternative was the possibility that I was more cynical, more jaded, and unable to appreciate the loveliness I once embraced, a discomfiting thought that I tucked away for later rumination.

When I was in first grade I started to learn Parshas Bereishis. As a six-year-old, it all seemed like a fairytale. Although we would revisit Bereishis each year during our weekly parsha, class I had a pretty unsophisticated grasp of the parsha until I studied it again as a senior in high school. Every verse, every word, was analyzed, explained and pored over. Thirty-something years later I still remember the vibrancy and the passion that this teacher brought into the classroom; how she altered my understanding of Parshas Bereishis until this very day. It was then that I realized that everything I had learned during the past twelve years would have to be relearned and reframed, an epiphany that I would experience over and over again as life unfolded.

After weeks of introspection, we usher in the first “normal” Shabbos of the year with Bereishis, the parsha of creation and birth, the first of all firsts, the beginning of the beginning. This is the most sacred reread of them all, the holiest of book clubs, joining Jews all over the world. The words, the sentences, the dialogue timeless and immutable. We all read the same words last year and we will all read the same words again next year. Each one of us relates to the text in a way that is unique from one to another as well as being unique and singular to our new selves; we are not the same as we were last year, last month, or even two hours ago.

Our spiritual journeys are not always linear. In theory, the concept is simple – we start again with Bereishis, reread the text, and allow it to blossom and grow, adding layers of subtext and deeper meaning with each passing year.

But life is never simple.

When I was in my late twenties I got stuck in a spiritual rut. I was drowning in the new and unanticipated responsibilities of young adulthood and trying to present a facade to the world that I had it all under control. My religious growth stagnated, flash-frozen back to a time when my only responsibility was to myself. The story of how I extricated myself from this existential lethargy is a narrative for another day, but no matter what, each year I never failed to appreciate the potential of Parshas Bereishis.

In the beginning we are young and formless, easily molded by the forces that surround us, indelibly influenced by the very first words that our innocent eyes and untainted minds encounter. Through repetition and tutelage, the storybook of our childhood transforms from abstract fable into personal history, and with time, perseverance, and divine guidance, the words soar off the parchment and enfold us with the comforting blanket of G-d’s embrace.

The words are patient. Even after being ignored, neglected or misunderstood, they wait for us to find them, to become reacquainted, to read them again and again, until our icy hearts thaw and we revel in their warmth.

This is the power of Bereishis. The power to renew, reaffirm and recommit. The power to create something from the tiniest molecule of nothing. As we step into the pages of the new year, we take comfort in the familiar words and draw them close, anticipating the new secrets that have yet to be revealed. Week after week, we take these words in our hands and slowly spin them around, reading and rereading, rearranging and redefining them, until inevitably and inexorably, we too are redefined. 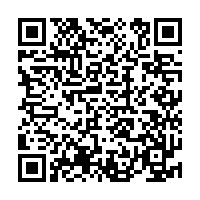