he legacy of Chanukah has been an integral element of the American ethos; a cornerstone in the foundation of the covenant – established by the Pilgrims in the 17th century – between the American people and the vision of the reconstructed Jewish State in the Land of Israel.

“Where are today’s Maccabees?” was the December 2013 title of an article by Ambassador Hank Cooper, former Director of the Pentagon’s Strategic Defense Initiative (SDI): “All Americans should remember our common love of liberty, the heritage that has set the West apart…. We need modern Maccabees to preserve that heritage of liberty for our posterity….” Cooper highlighted the impact of the Chanukah/Maccabee spirit on the Founding Fathers, such as George Washington, John Adams, Thomas Jefferson, Ben Franklin and Patrick Henry.


The former SDI Director referred to the heritage of the 167BCE Jewish rebellion led by the Hasmonean (Maccabee) family against the Seleucid/Greek Emperor Antiochus (IV) Epiphanies, who was determined to ruthlessly uproot Judaism and replace it with Hellenic values. In 169BCE, he devastated Jerusalem, massacred the Jews, forbade the practice of Judaism, including the Sabbath and circumcision. The heroic battles conducted by the Maccabees were consistent with the reputation of Jews as superb warriors, who were frequently hired as mercenaries by Egypt, Syria, Rome and other global and regional powers.

On March 23, 1775, Patrick Henry delivered the “Give me liberty, or give me death” speech, reflecting the spirit of the Maccabean rebellion against the oppressive Seleucid/Greek Empire: “I consider [the rebellion against Britain] as nothing less than a question of freedom or slavery…. We have petitioned; we have remonstrated; we have supplicated; we have prostrated ourselves before the throne….If we wish to be free…. we must fight! An appeal to arms and to the God of Hosts is all that is left for us…. Shall we acquire the means of effectual resistance, by lying supinely on our backs? We are not weak if we make a proper use of those means which the God of nature hath placed in our power. Three million people, armed in the holy cause of liberty are invincible…. We shall not fight our battles alone. There is a just God who presides over the destinies of nations…. There is no retreat but in submission and slavery…. As for me, give me liberty or give me death!”

“Rebellion against Tyrants is obedience to God” was proposed by John Adams, Thomas Jefferson and Benjamin Franklin to be inscribed on the official US Seal, reflecting the legacy of the Maccabees: A tiny minority of rebels – condemned by the loyalist majority – rising against an oppressive super-power. The Maccabees and the Founding Fathers demonstrated the victory of the few over the many, right over wrong, moral over immoral, truth over lies, faith over cynicism and opportunism, long-term conviction over short-term convenience. Paul Revere’s nickname was the “modern day Maccabee.”

Israel’s Founding Father, David Ben Gurion, was also inspired the Chanukah legacy, as documented in his book, Uniqueness and Destiny (pp 20-22): “The struggle of the Maccabees was one of the most dramatic clashes of civilizations in human history, not merely a political-military struggle against foreign oppression…. The meager Jewish people did not assimilate, as did many peoples. The Jewish people prevailed, won, sustained and enhanced their independence and unique civilization…. The Hasmoneans [Maccabees] overcame one of the most magnificent spiritual, political and military challenges in Jewish history due to the spirit of the people, rather than the failed spirit of the establishment….”

In 2014, The US-Chanukah connection is also demonstrated by the bust of Judah the Maccabee, which is displayed in West Point Military Academy’s Taylor Hall Headquarters Building along with the busts of Joshua, David, Alexander the Great, Hector, Julius Caesar, King Arthur, Charlemagne and Godfrey of Bouillon – “the Nine Worthies.” The busts of these nine great, principle-driven warriors are placed over the table of West Point’s Academic Board, which sets the curriculum and budget for the US military academy. 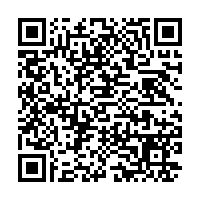