The unhinged reaction to Israeli Prime Minister Benjamin Netanyahu’s new government represents a crisis for the Jewish people both in Israel and in the Diaspora.

This crisis is not principally over the divisions that have obviously opened up within the Jewish world. It is over the fact that so many Israelis and Diaspora Jews have now shown that they have only the shallowest understanding of what being the Jewish people actually means.

The histrionics of this reaction defy belief. Words and phrases like “criminal,” “authoritarian,” “morally corrupt” and “fascist” are being bandied about to describe the new government, even though it has done nothing criminal, authoritarian, corrupt or fascist. Indeed, it has hardly done anything at all yet, since it only came into existence three weeks ago.

One of the most imbecilic poses being struck, by no less than former Prime Minister Yair Lapid, among others, is telling the public to overturn the government to save Israeli democracy. But the only people threatening democracy are those inciting civil war to overturn a government that has been democratically elected by the people.

The claim that the government’s proposals for judicial reform will destroy democracy is ludicrous. One might think Netanyahu was proposing to abolish the judiciary. All he is actually doing is addressing a situation long identified by people across the political spectrum as in need of reform.

This is the problem of judicial overreach, due to the Supreme Court’s arrogation to itself of oppressive powers. These powers permit it to strike down legislation and even place itself above the nation’s Basic Laws.

The courts control the appointment of not only their justices but also the attorneys who must appear before them—who therefore lack the independence essential in a democratic system—and even place a legal adviser in every ministerial office, with the power to veto any government policies to which the adviser objects.

These powers, which are unprecedented in any other modern democracy, are anti-democratic because they give unelected judges the power to strike down laws and policies enacted by those elected by the public to govern them. The judges can then impose their preferred policies.

The best example of the system the new government is proposing is not some authoritarian dystopia but the United Kingdom—the mother of Western democracy—where Parliament is sovereign and the courts cannot overturn the laws that it passes. They instead ensure that government ministers behave in accordance with the laws that Parliament has passed or have developed through the common law.

Of course, there needs to be discussion and perhaps compromise about the details of the Israeli reform. But for the objectors, the details are too irrelevant even to mention. They are playing the men, not the ball.

Certainly, some of these men have troubling histories of extremism or noxious views. The government, however, should be judged by its actions.

Yet just as with former U.S. President Donald Trump, the government’s members have been written off as irreparably beyond the pale. And shockingly, that’s because they intend to promote the particular interests of the Jewish people rather than the agenda of liberal universalism.

Since the objectors are liberal universalists who believe they alone can save the world, they assume that everything they do is moral. Anybody who dissents is not just wrong but evil.

But these objectors are not just claiming to be the moral guardians of progress and the betterment of mankind. They are also laying claim to what it means to be a Jew. They are claiming that the new government’s agenda is nothing less than a betrayal of Judaism.

In America, more than 300 rabbis signed a letter saying that the proposed reforms “will cause irreparable harm to the Israel-Jewish Diaspora relationship, as they are an affront to the vast majority of American Jews and our values.”

In The Atlantic, Yossi Klein Halevi wrote that the new government may speak in the name of the Torah, but in fact “desecrates the name of Judaism.”

In The Jewish Review of Books, Hillel Halkin wrote that the reason the new government is dragging Israel down “into the abyss” is Judaism itself, “of whose fantasies and delusions Zionism sought to cure us, only to become infected with them itself. Zionism wanted to make us a normal people. It failed and grew warped in the process.”

In Tablet, Yoav Fromer, who teaches politics and history at Tel Aviv University, wrote that the religious Zionism promoted by members of the new government has effectively transformed Judaism into a geographical project that cannot separate Torah from territory and views the realization of the former through the conquest and settlement of and physical attachment to the latter.

But Judaism is in fact an inseparable fusion of the people, the religion and the land.

In a similar vein, Fromer claimed that the ultra-Orthodox are “knowingly also trying to redefine what it means to be Jewish” by dismissing “tikkun olam, the ancient Jewish dictum promoting universal redemption (which is often associated in the U.S. with left-wing advocacy for progressive causes).”

But this liberal interpretation of tikkun olam, which in Jewish religious thinking is reserved for the Almighty to deliver, is deeply anti-Jewish. Indeed, it is the liberals’ own breathtaking example of cultural appropriation.

In a coruscating riposte, Ze’ev Maghen, a professor of Arabic and Islamic history at Bar-Ilan University, noted that Halkin had attacked the religious Zionists in the new government as “hyper-nationalist and Jewish supremacist.”

“If by these epithets Halkin means that their members and supporters care more for Jews—their national family—than they do for the enemies of the Jews; that they are hell-bent on putting a stop to the weekly slaughter of innocent Jewish civilians by Arab terrorists; and that they believe that the Land of Israel belongs to the Jewish People, and oppose the erection of a jihadist Palestinian polity controlled by Hamas, then this is just classical Zionism,” he asserted.

Progressive American rabbis and a number of Jewish philanthropists and organizations are now threatening to withdraw funding and support from Israel.

Their arrogance is astounding. From their safe distance thousands of miles away, they have no understanding of the realities of life in Israel. What has brought this government to power is the deep desire by Israelis for a more robust defense of Jewish identity and security.

But difference defines Judaism. And the Western values for which they are screaming are currently destroying the West through the intolerant, illiberal and nihilistic agenda of identity politics.

As Maghen wrote, “We know that unless we keep present in our minds our polity’s Jewish nationalist raison d’être, and keep at bay those universalist, Western-based notions that are geared by definition to undermine nationalism in all its forms, this country is done for.”

It is not the Netanyahu government that is causing a crisis for the Jewish world, but those Jews who are undermining both Israel and Judaism itself. 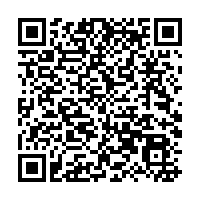