Over the past decade, the Palestinian Authority has poured considerable energy into “branding” itself internationally as a “champion of human rights” and a victim of Israeli human rights violations. Among other things, after it was granted “non-member observer state” status by the United Nations General Assembly, the PA joined a host of international conventions pertaining to human rights, including the Rome Statute of the International Criminal Court at The Hague, and the Convention against Torture and Other Cruel, Inhuman or Degrading Treatment or Punishment (the “Torture Convention”). Its goal in signing these conventions was two-fold: Establish the PA’s status as a state, and more importantly, to use these as a tool with which to bludgeon Israel.

The PA’s use of these international forums, however, is cynical and manipulative. The one motivation it lacks is any true intent to comply with and respect human rights. Anyone looking at the human rights situation in the Palestinian Authority will see an appalling reality, with torture in Palestinian prisons being just one example of its egregious violations of basic human rights. The situation for women, children, homosexuals, and minority groups in the PA is even worse. According to Palestinian law, a husband is allowed to rape his wife. Women are forced to marry the rapist who impregnated them. Homosexuals are brutally persecuted and so-called “honor killings” are still prevalent. These and many other injustices are commonplace in the Palestinian Authority and are met with leniency by the authorities.

Particularly disturbing is the conspiracy of silence on the part of other countries, the international media, and international human rights groups. Not only do they perpetually turn a blind eye to these violations – which they know about – they mainly pin the blame obsessively on the “Israeli occupation.” Indeed, the issue of torture in Palestinian prisons is nothing new. As early as 2015, the Shurat Hadin Israel Law Center filed a detailed complaint on the matter to the ICC.

Despite the complaint, the matter evaporated into thin air when the prosecutor announced the issues she was willing to investigate. Torture in the Palestinian Authority was not one of them. Topping her list of priorities were “crimes against humanity” perpetrated by Israel. From the perspective of other countries, the world would keep on spinning: The PA would continue its gross violations of human rights, continue receiving hundreds of millions of dollars annually, keep opening embassies and consulates across the globe as if it were a country, and its leader, Mahmoud Abbas, would continue being greeted by honor guards on official visits. From their point of view, the hundreds of people murdered and tortured to death by the PA aren’t worth one Jamal Khashoggi.

This conspiracy of silence exposes the hypocrisy of other countries, the ICC, the international press, and human rights organizations – all derelict in their duties and willing to sacrifice their principles on the altar of slandering Israel, so long as not one hair falls from the head of Mahmoud Abbas. For them, those disenfranchised, defenseless people in Palestinian society are just a minor inconvenience. 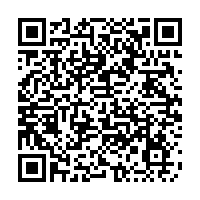