Most observers of the Israeli-Palestinian crisis are accustomed to hearing talk of “illegal Jewish settlements” on slivers of land comprising one to two percent of the West Bank, mostly near the green line of Israel proper. But, attention now focuses on an explosion of thousands of illegal Palestinian constructions: village clusters, agricultural tracts, water networks, roads, and general infrastructure crisscrossing Area C of the West Bank. All of this violates the 1993 and 1995 Oslo Accords, which specify full Israeli administrative control in Area C. Under the international agreement, only the Israeli Civil Administration can authorize new construction in the zone—for Israeli and Arab alike. However, continuous waves of recent Palestinian settlements are being established without permits—often without even bothering to apply. One senior official of the Israeli security apparatus called it “the wild west.”


According to Israeli activist watchdog groups, such as Regavim, in the past half-decade, illegal Palestinian settlements and infrastructure have sprawled across more than 9,000 dunams in more than 250 Area C locations, supported by more than 600 kilometers of illegally constructed access roads and more than 112,000 meters of retaining walls and terracing. This massive works project is being conducted in broad daylight, often heralded by tall announcement placards and proud press releases.

When questioned, various Israeli government officials did not dispute the Regavim numbers. In exasperation, one military spokesman close to the Area C files located at Bet El estimated “close to 10,000” illegal construction efforts are now underway—adding they felt “powerless to stop them.” The rapid build-up is funded by hundreds of millions of euros annually, funneled by the European Union and individual European nations into scores of building and infrastructure projects.

Understanding the tortuous history that created the current sovereignty vacuum in Area C can be daunting and confusing.

Leaving out 99 percent of everything … the indigenous Israelites of Canaan were expelled starting in 70 C.E. by the Romans, who renamed the region “Syria–Palaestina”—or Palestine, for the Philistine sea invaders from the Greek Islands. In about 637 C.E., the Islamic invasion swept up from the Arabian Peninsula to conquer and convert. For about four centuries, the Turkish Ottoman Empire governed until its 1918 defeat in World War I. After WWI, the Allies dismembered Ottoman colonies throughout the Middle East and concomitantly encouraged self-determination for ethnic peoples across the Levant. The League of Nations, in association with 51 countries and competing nationalist groups, eventually established five modern Arab countries: Lebanon, Syria, Iraq, modern Hejaz (Arabia) and post-colonial modern Egypt, plus one democratic and pluralistic Jewish State in Palestine. The original 1920 “Mandate” boundaries of the modern Jewish State extended from the Mediterranean Sea across the area now known as Jordan—a country which then did not exist.

The Arabs were shortchanged by the French in their quest for an Arab Kingdom in Syria. So, in recompense, the British modified the Palestine Mandate in September 1922 by virtue of an official memorandum, carving off some 70 percent of the intended Jewish nation to invent Trans-Jordan (now Jordan)—the territory extended from the Jordan River east to the borders of Iraq and what is now Saudi Arabia. For decades, co-existence between Arabs and Jews in the former Turkish colony could not be achieved. In 1947, the non-binding UN Resolution 181—known as Partition—recommended side-by-side Jewish and Arab states. In those days, the identity of the two peoples was “Arab” and “Jewish,” as local Arabs did not adopt the identity of “Palestinian” until about 1964.

In 1993 and 1995, after years of diplomatic wrangling, Israel and the avowed terror group Palestine Liberation Organization signed the Oslo Accords, envisioning a peaceful two-state solution. Under the complex Oslo Accords, and subsequent modifications at Wye, Sharm el–Sheikh, and elsewhere, the “West Bank” is divided into three separate administrative zones, Areas A, B and C.

Area C —also called Judea and Samaria—comprises roughly 60 percent of the West Bank. It more closely resembles the Biblical and original international demarcation of a Jewish State during the initial League of Nations mandate—but is now considered occupied by the international community. The majority of Area C residents are Israelis—an estimated 325,000 alongside some 300,000 Arabs. In essence, Oslo normalized and structured the Israeli occupation and administration of the disputed former Turkish lands.

But by virtue of a cumulative multibillion–euro effort, European capitals are working hard to destabilize the last pillars of the Oslo Accords. Thus, these countries seek to create a Palestinian state along the 1948 armistice line — also known as the 1967 lines— without further consulting the Jewish State. This ensures the Palestinian Authority knows it need not negotiate with Jerusalem—even as the United States and Gulf countries make a daring dash to achieve peace.

As the urgency of Area C is becoming clearer, still murky is the source of the diverse European funding that enables this conflict and the routes those billions of euros take across the Mediterranean. What’s more, there is widespread fear that millions in funds are continuously funneled through entities openly accused of being affiliated with established terrorist organizations. 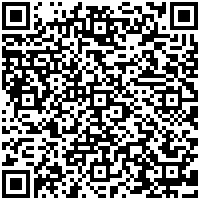