Everyone loves a wedding. Really what is there not to love? You gather together with family and friends, all dressed up in your nicest clothing and jewelry, are treated to a sumptuous meal, and then get to enjoy wonderful music and even some dancing. And dancing at a wedding is unique in its own right – women of all backgrounds, at every stage of life, twirling and clapping all for one person – the kallah. What could be nicer?

At some weddings you even get to see elderly grandparents sharing in the simcha. Sometimes they are there with canes, sometimes in wheelchairs, sometimes accompanied by an aide or another relative. They too are dressed up and smiling, they too want to participate and rejoice with the chassan and kallah. But how does one rejoice, express their personal simcha, when they are infirm and can no longer dance, clap or twirl around?

The focus of a wedding and its source of simcha changes as one ages. When you are young, you think that the one with the most simcha, the one experiencing the most joy must be the kallah. She’s the one in the white dress, nervously anticipating the exciting moment the band will boom out “Od Yeshama” and she will see her chassan come proudly striding towards her. Everyone cranes their necks to see the expression on his face.  But as we mature and our perspective widens to identify with the parents of the young couple, our thought process changes.  Here they are, marrying off a child, a child who just a blink of an eye ago was a toddler, a youngster.  “Why, just a short while ago she was still a baby,” they marvel, along with all their friends.

Then time passes and we have traveled a little bit further down the road of life and watched ever younger kallahs get married (and don’t they seem younger and younger to you all the time now?) and you look again. Now you notice the older generation; the grandparents, and sometimes even great-grandparents, the survivors of the past, the ones who put so much effort into getting everyone to this day.  Often they cannot stand on their own and it can seem as if they have been relegated to the sidelines.  Yes, they are there for pictures, snapped for eternity for that all-important album, to show that they were there at this simcha. But sometimes they do feel somewhat pushed aside.

It should not be that way.  Our elders are our crowns – ateres rosheinu.  It is a tremendous zechus – even if the younger generation doesn’t always appreciate it – to have them alive and able to participate in our simchas.  They are the symbols of what was, what is, and what can continue to be. They are really the apex of the multi-generational event that culminates at every wedding.

Just recently I was baruch Hashem able to return home for my youngest sister’s wedding.  And it was everything it should be – the beautiful kallah, the makeup, dresses, gowns, sisters, cousins, children, grandchildren, nieces and nephews; the rush to prepare, the incessant shopping around to find “just the right outfit,” organizing everything so that all the overseas children could come, the hall, the food, the caterer…all of it. There was the pre-wedding Shabbos together with even more cousins and family members; the time spent together, the cleanup.

Then the day of the wedding dawned. We all got up early, nervous and excited. Each one of us got dressed in all the finery we had been preparing for so many weeks.

And my grandparents, now in their nineties, bli ayin hara, got ready too.

Bubby looked great. She walked with difficulty – but she walked, mostly on her own, sometimes with one of us. She looked magnificent. Zeidy could no longer make it to a wedding completely on his own, and needed a wheelchair. But even in his wheelchair, he looked so good. With his cane in his hands for when he would get out of the wheelchair, we set off.  As the elders of the family they had been anticipating this wedding for a long time, but for Zeidy there was an added dimension to this special simcha.

This sister had been born when my parents were running a business and both needed to be there full-time.  They would never have left her with just a sitter, but someone needed to watch her.  Zeidy, who was retired, needed a job, something he could do well and would make him feel needed…a perfect shidduch. Zeidy became my sister’s prime babysitter. And oh, how those two loved each other.  He looked forward to each day – talking to her, holding her, proudly pushing her around in her stroller, playing with her and even occasionally changing her diaper.  Zeidy loves each of his grandchildren, but for this particular grandchild, he has a special place in his heart.

This special relationship continued throughout the years. My sister often went over to visit – they lived just a short two blocks from our home.  She would stop by to just say hello, eat some of my Bubby’s famous chocolate chip banana cake, (her favorite!), and play some cards with Zeidy. He always lit up when he’d see her. And as she went through the turbulent teenage years, she would still remember to call and visit, in between being with her friends, going on outings and stays in summer camp. Bubby and Zeidy’s house was one of her favorite places to be.

As Zeidy aged, many family members tried to find ways to help him. It wasn’t easy and became even more so as he began to lose most of his eyesight.  It was my sister who came up with a great idea. Every Friday, she would go over to their home to learn with Zeidy. He loved those learning sessions. This went on for years, and he looked forward to it all week long. When she graduated high school and went out of town, it was very hard for him. But even then she made sure to keep it up – every week, she’d call him long distance, and when she was in the city, she would come over in person to learn something with him. Zeidy loved it.

As the kabbalas panim got underway, my sister was busy with all the guests coming over to greet her. The photographer placed us, her older sisters, in a row behind the dais, and seated the two mothers, as well as my grandmother and her sister on the dais next to her. My uncles wheeled Zeidy into the room to be near the dais so he could somehow be part of the badeken.

Then the music started, and my father, the chassan and his father, along with all his exuberant friends, came marching into the room. The electricity was palpable. Of course the women had tears in their eyes. My Bubby sat up straight in her chair, proud to be with us. Zeidy was still there, waiting expectantly, but quietly near the front of the dais.

As the chassan badeked her and my father bentched her, it seemed as if everything was happening so fast.  Taking off her jewelry, handing her the appropriate tefillos to say, and of course, the ubiquitous photographer needing “just another shot, & smile,” made it all very hectic. But then suddenly, to the utter astonishment of everyone present, the kallah jumped out of her chair and sprinted towards the edge of the dais, gown, veil, flowers and all. It happened so fast the photographer actually missed it!

She ran the few paces to where Zeidy was sitting in his wheelchair, bent down all the way so he could hear her and screamed, “Zeidy! I want you to bentch me!” She had shouted twice until her heard her.  Those of us standing around stopped in our tracks.  The band may have still been blaring away, but for us, that moment froze in time. Crying, Zeidy lifted his shaky hands, unsure of where to put them with all her hairdo, veil and headpiece in the way. Undeterred, my sister put his hands directly on her head, headpiece and expensive hairdo notwithstanding, and bent down more so he could bentch her.

None of us could hear what he actually said, but it doesn’t matter. Hearts talk too and that is the best language.

Sometimes, despite the best intentions, the elderly are inadvertently left out of the most important parts of a large simcha. Often unavoidable, but this scene with my sister says volumes. Even when our elderly are “too old to participate,” their mere presence at such a life event is a simcha all in itself! And by giving Zeidy that honor she showed him more than with words, hugs or anything else, that he was never too old to matter in her life, no matter how he looks, no matter what he can or cannot do.

This is the ultimate hakaras hatov. This is the greatest kavod we can give to those who matter to us.

Ironically, it was only after this touching scene was over, that the photographer heard something special had happened — and he had missed it! He came running back in and asked my sister to “do it again” so he could get his picture of it…which she gladly did…and even the second time around, Zeidy cried.

But don’t worry. My eleven-year-old daughter caught the first time, the real thing, on her digital camera to share with everyone again and again, after the wedding was over… 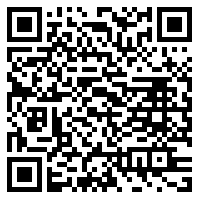