A Qatar-financed media outlet has provided a propaganda platform to a Palestinian Arab terrorist, now living comfortably in Jordan, who murdered 15 people, including two Americans. So why aren’t we hearing from those Jewish leaders who recently visited Qatar and assured us that the Qataris were becoming more moderate?

And why isn’t the Trump administration compelling Jordan to surrender the killer for prosecution?


The mass murderer in question is Ahlam al-Tamimi. She masterminded the August 2001 Sbarro Pizzeria bombing in Jerusalem, in which 15 people were killed – including American citizens Malki Roth and Shoshana Greenbaum – and 122 were injured, including four Americans.

Tamimi served just eight years in an Israeli prison before being released in a prisoner exchange with Hamas. She then became the host of a television show in Jordan, where she regularly boasted about her role in the Sbarro massacre.

Last year, the Trump administration unsealed an indictment against Tamimi. Yet it still has taken no steps to invoke the U.S.-Jordanian extradition treaty and demand that King Abdullah hand her over.

The Jordanians claim the treaty is not operative. That’s a lie. But even if there was no such treaty, it wouldn’t matter. Countries around the world that don’t have such treaties with the U.S. still hand over criminal suspects all the time. If the Trump administration insisted, the Jordanians would have no choice. After all, the U.S. gives Jordan more than $1.2 billion in aid each year.

Last week, “moderate” Qatar’s Al Jazeera news outlet handed a bullhorn to Tamimi. The softball interview provided her with a platform to defend her evil actions and revel in her ability to elude justice.

“Being in Jordan has given me strength because Jordan does not have an extradition agreement with the United States,” Tamimi boasted. That claim would probably come as a surprise to former president Bill Clinton, who signed the U.S.-Jordan extradition treaty on March 28, 1995 and delivered it to the Senate, which officially accepted it on April 24, 1995.

Over the years, I have participated in dozens of meetings with U.S. government officials, to plead with them to pursue the Palestinian Arab terrorists involved in the 1995 attack in which my daughter Alisa was murdered as well as those involved in other attacks.

One frequent excuse I heard for their non-action was that they didn’t have enough evidence to issue indictments.  Well, Tamimi has been indicted.

Another common excuse was that it was impossible to track down the suspects. Well, Ahlam Tamimi has been living openly in Jordan for years. She had a television show. She does interviews with Al Jazeera and other media agencies.

We need the Trump administration to stop making excuses. And we need American Jewish and Zionist leaders – especially those who had such kind words for Qatar – to speak out and pressure the administration for action. Justice demands it. 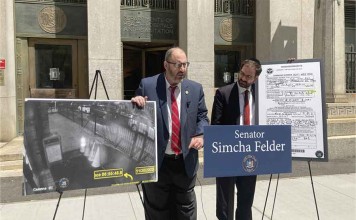 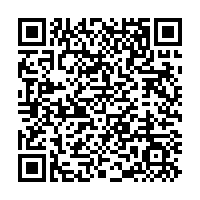