The official journal of the United States Holocaust Memorial Museum has just published an article depicting the Jewish National Fund (JNF) as a colonialist exploiter of the Palestinian Arabs. The article was authored by Amy Weiss, a young Holocaust scholar from New Jersey. It appears in the latest issue (Fall 2019) of Holocaust and Genocide Studies, the museum’s official journal, which is edited by Richard D. Breitman.

Weiss accuses the JNF of secretly plotting in the 1930s to plant more pine trees and fewer olive trees in its forests, thereby “alter[ing] a Palestinian landscape to resemble a European one more familiar to Jewish pioneers and Holocaust survivors.”


According to Weiss, the JNF continued this European-colonialist conspiracy after the 1948 war, too. “Erecting JNF forests where Palestinian villages and olive groves once stood promised to erase the connection to that land of the former residents who had fled or been expelled,” she writes.

The hook for Weiss’s article is an obscure episode from the 1940s in which some American Christians planted a small forest in Israel to commemorate child victims of the Holocaust. But that isn’t what Weiss wanted to bring attention to; she concentrates her firepower on depicting the JNF and its forestry work in as negative a light as possible.

Weiss mocks the JNF’s claim that its aim was to revive the Land of Israel. She calls it “the myth of ‘making the desert bloom,’” and dismisses the centuries of Arab neglect of the land as the “purported languishing” of land. According to Weiss, Zionist leaders concocted this “environmental degradation narrative” in order to “justify” the JNF’s land-grab policy.

“While publicly speaking of environmental improvement and jobs, in actuality [the JNF] strove for Jewish colonization,” Weiss asserts, suggesting the JNF was disingenuously advancing a secret and sinister agenda. After Israel’s War of Independence, “JNF pine trees figured in the planting over of ‘abandoned’ Arab villages,” Weiss writes.

Notice the quotation marks around “abandoned.” Weiss clearly doesn’t believe they were abandoned. In fact, when she refers to Palestinian Arabs who emigrated during the war, she calls them “700,000 people [who] either had been forcibly driven from their homes or voluntarily fled.” Weiss’ wording is apparently intended to create the impression that the number who were expelled and the number who fled is roughly equal.

Yet even Benny Morris – the king of the so-called “New Israeli Historians” who bash Israel’s founding fathers – has acknowledged that a large majority of Palestinian Arabs chose to flee in order to get out of the way of battle areas. Only a tiny number were expelled, and even they were only expelled because of specific wartime emergencies, not as part of any Zionist plot to get rid of the Arabs.

For Amy Weiss, however, the work of the JNF is clothed in sin. It was carrying out what she has described in her lectures as a “politicized land reclamation project to secure land” for the Zionist movement and Israel. It was trying to “erase” Arab villages and replace them with a “European” model. And she alleges that the JNF caused “devastating damage” to the environment, to boot.

In Weiss’s distorted version of history, the Jews are alien, land-grabbing, desecrators of the ecology while the Palestinian Arabs are the noble indigenous planters of olive trees. “The planting of olive trees consequently became a symbol of struggle for Palestinians,” Weiss asserts.

That’s an ironic statement, considering how often Palestinian Arab terrorists set fire to the land for which they are “struggling”; just the November 2016 arson wave alone destroyed nearly 5,000 acres of forests, brush, and open land throughout Israel.

Why did Richard Breitman, the editor of the museum’s Holocaust journal, decide to publish Weiss’s harsh attack on a venerable and respected Jewish institution as JNF? Why did he permit a journal that is supposed to showcase legitimate Holocaust research to be used to present such a twisted version of history?

Do the leaders of the Holocaust Museum endorse Breitman’s action? If not, what are they going to do about it? The public – which funds the museum through its tax dollars – has a right to some answers. 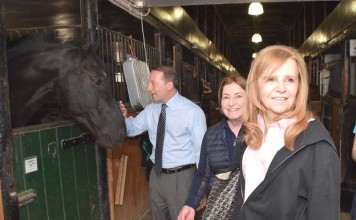