Why do people hate us? What is it about us they despise?

But perhaps it has nothing to do with us. There is a drop of bitter resentment deeply ingrained in the human psyche that, upon seeing the triumph of a people so small, gives birth to loathing.


We Jews are leaders. We are at the forefront of scientific research, medicine, and mathematics. We are producers and directors of major films. We are prolific writers, thinkers, and artists. We are a tiny people. Yet, we are disproportionately represented among the world’s elite.

Humankind ducks its head, subconsciously ashamed of its own failure, disgusted at the success of the humble. Humankind is shocked that a nation that has been beaten, over and over again – abused, expelled, exterminated – can rise up again and again. Like a phoenix from the ashes, we rise reborn, renewed, and idealistic as ever.

We are man’s mirror. What he shies away from is merely his own reflection. We are showing him his greatest failures and his greatest possible success. And if you know anything about human nature, you know that man’s tendency is to distance himself from potential, to idle in the shadows. Man fears the light, and in seeing another’s, he seeks to extinguish it. Instead of feeding the flame, he attempts to smother it.

Yes, we are also human. Prone to evil like any other, involved in some of the most gruesome schemes. On the other hand, we are shining moral examples. Abraham, Isaac, and Jacob. Moses, David, and Solomon. Maimonides, Rabbi Nachman of Breslov, the Lubavitcher Rebbe.

And yes, even the one the gentiles claim is theirs: the savior from Nazareth. They called us “Christ killers,” but without us, they wouldn’t have him.

Mankind looks in his mirror – us – and sees an image that shakes his core: the ultimate human, the highest potential man can reach. He desperately tries to shatter the mirror, to eradicate any trace of truth grinning upon him. But no matter what, the reflection keeps reappearing. In glass, in water, in drops of rain. He flees and hides, but he cannot avoid it.

How many times have we been a byword, the object of ridicule and scoffing? How many more times do nations need to harm us before it is clear to them that they are only trying to escape themselves?

Man is running, trying to hide from the worms that wriggle beneath his heart of stone. He believes he is evading an outward foe, but who is the true enemy? It is himself. 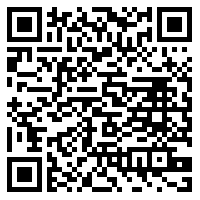