Last year on Pesach, I met an unaffiliated young Jew in Connecticut. Unfortunately, he had not attended a Seder. It broke my heart. He worked in Connecticut, but actually lived in Flatbush on Avenue N, a mere mile from the BJX (Brooklyn Jewish Xperience) Avenue K Center, one of two kiruv centers under my auspices.

It pained me very deeply that a Jew surrounded by myriad shuls, yeshivos, and countless frum Jews was completely unaffiliated. Who would ensure that this precious Jewish neshama would reconnect to Hashem and Klal Yisrael? Who would guarantee that this fellow would marry Jewish and not forsake his Jewish identity?


I reached out to him after Pesach, inviting him to BJX to join other students and young professionals to experience Shabbos at our Friday night dinner. Unfortunately, he was out of the country and could not make it. Subsequently, I invited him to other kiruv programs and events at BJX such as an intriguing lecture series from a former minister, a cocktail evening, and a musical concert. He graciously declined every invitation due to work conflicts.

I then invited him for Rosh Hashanah, Yom Kippur, Sukkos, Simchas Torah – all to no avail.

Then came Chanukah. I finally got a bite. He officially registered for the spectacular BJX Chanukah party! I was ecstatic. I was dreaming of this young man lighting a menorah and kindling his neshama in the process. Vistas of Hashem’s lost child returning home on such an auspicious time such as Chanukah resonated in my being. A dear brother would be reunited with Klal Yisrael. Our family would be more complete.

It was a beautiful party. Fun and uplifting. Full of young Jews connecting to our heritage. However, I felt a void. Someone very important was missing. I waited and waited for him to come. He never showed up. It seems that his friend had an emergency that he needed to assist with.

I know what you’re thinking, “Give up already! Don’t you get it? He’s not interested! It’s pointless!” If you knew a grieving parent with an aching heart waiting for her lost child to return, would you dare give up? If you really loved and cared for someone, wouldn’t you be relentless and persistent to reunite her with her child?

I tried again for Purim. He said he would come. The entire Purim night I looked behind people’s masks hoping it was him. It wasn’t. He had yet another work commitment that simply couldn’t wait.

I almost grew weary and despondent. It seemed as if he would never come. I am ashamed to admit that I didn’t reach out to him during the weeks preceding Pesach. After all, all I seemed to receive was rejection.

On Friday, Erev Pesach, it suddenly dawned on me that I had not invited him to BJX for a Seder. Don’t I believe we’re all one neshama? How could I go to the Seder in clear conscience without making another attempt?

Racing against the clock – there were only a few hours until the Seder – I called him and told him that Passover was about to begin. He said, “I’ve been waiting for your call. Can I attend the Seder? What is BJX’s address?”

He came! He fulfilled all the mitzvos.

Hashem never gives up on us. And we should never give up on our fellow Jews. In the Haggadah, we read of the Four Sons. Instead of consolidating all the sons together and simply stating, “The Torah speaks about four different sons: the wise, wicked, simple…,” the Hagaddah list each son separately using the term “echad” each time. By doing so, the Hagaddah indicates that each one of the sons is “echad” to Hashem – special and unique.

So should they be special and unique to us. Never stop loving your fellow Jews. 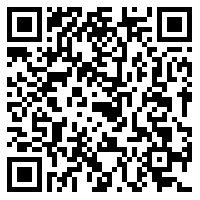