As a young child, I spent much time with Saba and Savta, my maternal grandparents, both Holocaust survivors. Visits with Saba and Savta often entailed a dinnertime meal consisting of goulash while sitting on Savta’s bed watching I Love Lucy reruns on their 13-inch television screen. As these visits frequently turned into sleepovers, I would often say to Savta at bedtime, “Tell me stories.” Usually, I was very specific about the time period in Savta’s life from which I wanted her to recall such stories – the Holocaust.

Although I was just five years old when these inquiries began, Savta had a way of telling me her stories without frightening me, but also without shedding the integrity of what actually happened to her.

On several occasions, Savta told me about the time she and her half-sister, Erna, were taken to “a camp” with about 1,000 other women, their bodies stripped of all their clothes and heads shaven. For an entire day, the women waited, staring at the shower heads. “Will it be gas or water?” Erna warned Savta to hold her hands tightly because “when everyone is naked and without hair, everyone looks the same,” Savta would explain.

For years, I wanted to hear this story and others. Each time, I listened as though I had never heard it before. When I entered high school and college, I became preoccupied with the pressure of doing well in school and I felt complacent with the naïve assumption that Saba and Savta could always be reached if I wanted to hear their life story. While I hate to admit it, my interest in Holocaust remembrance grew meager even in college despite the various school-wide events planned for memorializing the Shoah.

I realize now that the passivity of my adolescent and emerging adult years was completely unacceptable, especially for a granddaughter of two survivors. I suppose this realization was a natural consequence of growing up and, in turn, watching Saba and Savta get older as well.

So, I became more conscious of the importance of Holocaust memory. Well, consciousness is nice, but unless it gets translated into active commemoration, then what is there to preserve that consciousness in future generations? And so my exploration began, the inquiries of my childhood returned.

This past March 15, I visited Savta so that we could be together in celebration of her 88th birthday. I initially did not plan to conduct an interview about her experiences on her birthday. Making Savta recall horrific memories on a traditionally happy day seemed incongruous. But somehow, as Savta and I sat together in her kitchen reading the birthday card I made for her, I felt compelled to get her story – everything – right then and there. And I did.

We sat for several hours as she relayed everything that happened to her from the time the Germans invaded Budapest until the day she was liberated from Bergen Belsen. She shared the details of her multiple aliases, escapes, near-death experiences, her sense of fear and emotional numbness throughout, her courageousness and faith in God during the most trying of times.

Savta’s personal account of the Holocaust is transcribed on my PC in the format of a third-person narrative containing many direct quotes and details that even include descriptions of the outfit and shoes she wore on July 1, 1944 as she traveled to the Kastner train which took her to Mauthausen and then to Bergen Belsen. And yes, the details of even an outfit are important to the overall story. In Savta’s case, she had been wearing high-heeled shoes and a fancy pink knit dress, an attempt to look like a sophisticated Hungarian gentile on her way to the shul in Buda where all passengers for the Kastner train were gathered. Savta had to dress this way because she had decided to travel to Buda without wearing the yellow star. A Jew caught on the street without donning the yellow star was instantly killed, Savta explained to me. On the other hand, wearing the yellow star obviously called attention to one’s Jewishness, which was in and of itself punishable by death. Feigning the appearance of a sophisticated gentile was the safest bet if she wanted to make it to Buda alive. And therein lays the importance of recounting such details as the style of the clothing worn on a particular day. 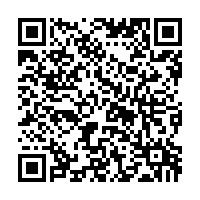