Question: Why does the chazzan recite shehecheyanu on Yom Kippur night?

Answer: In Orach Chayim 225, the Mechaber states that we say Shehecheyanu, upon acquiring a new house or garment and eating a new fruit. He also requires it to be said on the festivals for such matters as shofar, sukkah, lulav, Chanukah candles, and Megillat Esther. All these mitzvot center on an object. What object can one say Shehecheyanu upon on Yom Kippur? We normally say Kiddush in shul, but Shehecheyanu cannot presumably be said on Kiddush wine on Yom Kippur since everyone is fasting. And yet, both the Tur and the Mechaber (Orach Chayim 619) note that following Kol Nidrei, the chazzan says Shehecheyanu.

The Gemara (Eruvin 40b) states that the source for saying Shehecheyanu as part of Kiddush in shul on all festivals is Ecclesiastes 11:2: “Ten chelek l’shivah ve’gam l’she’monah… – Distribute portions to seven or even to eight…” “Seven” refers to the seven days of Passover (since, as the Gemara explains, if one did not say Shehecheyanu on the first day, one may recite it even on the last day), “eight” refers to the eight days of Sukkot, and “even” includes Shavuot, Rosh Hashanah, and Yom Kippur.

The Gemara finds the inclusion of Yom Kippur difficult. How can one drink a cup of wine for Kiddush on Yom Kippur when one is biblically required to fast? The Gemara suggests that one makes Kiddush early and then drinks. But if one recites Kiddush early, one thereby accepts the Yom Tov early as well and still wouldn’t be allowed to drink the wine. The Gemara, therefore, suggests giving the cup to a young child to drink. The Gemara, however, rejects this solution as well because the child may become accustomed to drinking on Yom Kippur eve and continue doing so even after his bar mitzvah.

This concern is somewhat strange, though. Won’t the child realize that all adults are fasting and that the only reason he is being asked to drink is specifically because he’s still a minor? The Rashba (novella, ad loc.) suggests that of course he will understand that all adults fast on Yom Kippur, but he might assume that the Kiddush wine over which Shehecheyanu is recited is an exception to the rule and may be drunk.

While this logic seems strange, from the Rashash (novella, ad loc.) we see that there is an obvious requirement for the one who recites Kiddush to taste the wine; if not, why would he need to make the blessing on it in the first place? So, the child seeing the adult recites Kiddush with Shehecheyanu will assume that he must have drunk from the wine as always, even though it’s Yom Kippur.

There are other occasions when we have a child drink wine instead of an adult. For example, for Havdalah on Motza’ei Tishah B’Av, adults are not allowed to drink wine and so a child drinks the wine instead. The wine of Kiddush recited in shul throughout the year is also consumed by a child rather than an adult.

Tosafot (ad loc., s.v. “Dilma asi l’misrach”) notes that our only concern is regularly recurring situations like Yom Kippur eve. For an unusual occurrence like a brit on Tishah B’Av or Yom Kippur, we do indeed give the wine of the brit to a child to consume. Tosafot also notes that a chuppah once took place on Asara B’Tevet and the wine was given to a child to drink.

Included in this same Tosafot passage is commentary of Tosafot Shantz, who notes that a brit once occurred on Sunday, the 10th of Av (on which Tishah B’Av is observed since one cannot observe it on Shabbat), in the town where Rabbenu Yaakov b. Yakar was rav. He instructed those involved to pray Minchah early and wash and eat because the brit was a Yom Tov celebration for them. Tosafot notes that they did not recite Shehecheyanu (following the Ashkenaz tradition) because of the pain inflicted on the infant.

The Rashba (ad loc.) disagrees with Tosafot’s view. He argues that we never ask a child to drink wine on our behalf on Yom Kippur or Tishah B’Av, even if the event is an unusual, non-recurring one. He suggests that in place of wine, hadassim or other fragrant spices be used with the blessing of borei minei besamim recited over them.

In Shulchan Aruch (Orach Chayim 621:3), in regard to a brit on Yom Kippur, the Mechaber rules like the Rashba that one should not say a blessing on wine while the Rema rules like the Tosafot (citing Kol Bo) and states that our custom is to say the blessing and have a child – the newly circumcised infant – drink from it.

The Magen Avraham (ad loc. 621, sk 3) explains that this solution is not satisfactory to the Rashba since the infant has not reached the age of chinuch, rendering the blessing that was uttered a blessing in vain. The Rema obviously disagrees with this logic.

It remains clear that insofar as reciting Kiddush over wine on Yom Kippur is concerned, all agree that drinking from the wine is forbidden. Thus, the chazzan only says Shehecheyanu but no blessing over wine. As far as Kiddush – the sanctification of the day – is concerned, we rely on the kedushat hayom recitation in the tefillah. It is upon this recitation that the chazzan bases his Shehecheyanu. 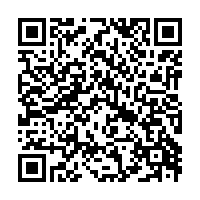