Se’if 2 – Mechaber: When a lender sues someone for a loan of one maneh and the debtor responds that he thinks the plaintiff owes him a debt of the same amount, some halachic authorities interpret this response as the equivalent of “Because you owe me the same amount I owe you, I don’t owe you anything.” This, in turn, is tantamount to the debtor denying the loan outright but admitting by implication that he never paid the plaintiff the money being claimed.

Ner Eyal: Interpreting the defendant’s response as “Because you owe me the same amount I owe you, I don’t owe you anything” is significant for the following reason: If witnesses subsequently testify in court that the defendant indeed borrowed money but repaid it, the defendant has to pay if the plaintiff claims otherwise. Why? Because, as we learned earlier (79:1), when one denies the existence of a loan, one also implicitly admits that no loan has been repaid. A person’s admission is more credible than the testimony of 100 witnesses. The defendant may have claimed that he never borrowed money from the plaintiff, but that claim was undermined by the two witnesses who testified that he did. 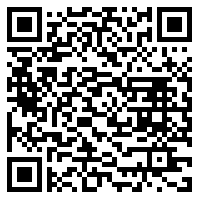