The Maharsham (Da’as Torah 299:10) argues that although it may have been customary to change into weekday clothes before Shabbos ended, we have no proof that this was a proper custom. As we have seen, in Tiveria they wore special clothes for the beginning of Shabbos but not for its conclusion and in Tzipori they wore special clothes for its conclusion but not for its beginning.

All we see from this mishnah is that if, in practice, people change into weekday clothes before Shabbos ends, there is no need for the sake of Shabbos to annul a neder forbidding Shabbos clothes at such a time.

The Tzitz Eliezer (14:34) writes that he heard from a certain chassid that some have the custom to wear even nicer clothes for shalosh seudos, which is considered according to Kabbalah to be the holiest part of Shabbos. The Zohar (II, p. 88b) states, “On Shabbos day, when the time for Mincha prayer arrives, it is the Ra’ava D’ra’avin – the most favorable of favorable times. The Ribbono shel Olam reveals His good will, and all harsh judgments can be subjugated. Favor and joy are found everywhere.”

Nonetheless, the Tzitz Eliezer writes that this is not the accepted custom, and he cites several proofs from halacha that there is no need to wear special clothes for shalosh seudos. 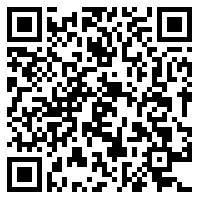