The Mishnah (29b) states that a father can impose the nazirite vow on his son by declaring him a nazir, but a mother is not empowered to declare her son a nazir.

R. Yochanan says the Mishnah’s ruling is not based on a verse or logic but is rather a halacha leMoshe miSinai.

Resh Lakish (29a) asserts that the Mishnah’s ruling is based on the rabbinic mitzvah of chinuch. The Rosh indicates that imposing the nazirite vow on one’s son is considered preparatory education because it fosters self-discipline and abstinence.

The Meiri (ad loc.) asserts that a mother is exempt from the mitzvah of chinuch only according to the opinion of Resh Lakish. The halacha, however, follows R. Yochanan, who does not draw a distinction between a father’s and a mother’s mitzvah of chinuch; rather, he bases the Mishnah’s distinction on halacha leMoshe miSinai which, by Divine decree, gives the power of imposing the nazirite vow on a son only to a father (the view of Rabbenu Avraham min Hahar).

The Shitah Mekubbetzes cites a Gemara (Sukkah 2b) which relates that Queen Helena trained her minor children to eat in a sukkah, thus indicating that a mother is also obligated to educate her children to perform commandments.

To explain this Gemara, many commentators (Meromei Sadeh, Keren Orah and Birkas Rosh, ad loc.) distinguish between obligatory precepts and discretionary precepts. They note that a mother too, indeed, is obligated to train her children to fulfill commandments, but only those commandments (such as sukkah) which they will be obligated to perform when they reach adulthood. The nazirite vow, however, is not an obligatory mitzvah, as there is no obligation for a person to become a nazir. Rather, it is an optional mitzvah, an exercise in abstinence and self-discipline, for someone who wishes to live a life of purity and holiness. The duty to educate for such commandments is incumbent only on a father.

Alternatively, Chiddushei R. Reuven explains that a father is not obligated to train his children to perform commandments but he is personally responsible for their transgressions. A father incurs punishment for his children’s transgressions because they are considered his own transgressions (as indicated by the recital of the blessing “Baruch she’petarani me’onsho shelazeh – Blessed is He who has absolved me from the punishment due this one,” which a father recites as his son reaches bar mitzvah).

A mother, however, while obligated to educate and train her children to perform precepts, does not bear personal responsibility for their transgressions. Chiddushei R. Reuven explains that that is why a mother lacks the authority to declare a nazirite vow for her son. A father, however, is responsible for his son’s transgressions and is therefore capable of imposing a nazirite vow on his son. The son is deemed an extension of the father in this regard. 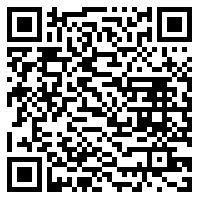