Produce grown by a Jewish farmer in Eretz Yisrael is considered tevel, from which tithes must be separated. Produce grown by a gentile farmer is chullin, which is exempt from tithes. The Gemara cites the opinion of Rebbe, who maintains that produce grown jointly by a Jew and a gentile is considered to be a mixture of tevel and chullin. Even after the partners divide the harvest, we do not presume that the tevel half automatically went to the Jewish farmer and the chullin half went to the gentile. Rather, both partners received a mixture of tevel and chullin.

Rashi and Tosafos debate the exact nature of this mixture. According to Rashi (s.v. Tevel), each grain of wheat is owned in partnership and thus half tevel, half chullin. According Tosafos, half of the harvest is Jewish-owned tevel and half of the harvest is gentile-owned chullin. However, it is impossible to tell which half belongs to the Jew and which half belongs to the gentile. Therefore, any sample of the produce contains an indiscernible mixture of tevel and chullin.

This debate has practical ramifications regarding what should be done with such a harvest. According to Tosafos, tithes cannot be separated from the harvest itself since it is unknown which grains are tevel and which are chullin, and one might inadvertently separate chullin on behalf of tevel grains (which is ineffective). According to Rashi, though, since each grain is half tevel, half chullin, one can separate any grain from the mixture on behalf of any other.

According to Torah law, one must separate tithes from the produce grown in one’s own field. Only by rabbinic law must one separate tithes from produce purchased from others (Bava Metzia 88a). The Rambam (Mechira 13:12; Ma’aser 6:10) rules that when partners dissolve their partnership and divide their assets, each one is considered to have purchased his partner’s shares in the assets he claims in return for his own shares in the assets that his partner claims.

Rav Chaim Kanievski, shlita (Derech Emuna, Terumos, Shaar HaTzion s.k. 351), raises an interesting question based on this ruling of the Rambam. If two Jewish farmers are partners in a harvest and then divide the yield, how can they separate tithes? According to Tosafos, it is impossible to differentiate which grains belong to one partner and which grains belong to the other. Once they trade, each one sells his partner his portion in the other one’s half. As such, it is impossible to differentiate which grains are one’s own (and obligated to be tithed by Torah law) and which are purchased (and obligated to be tithed only by rabbinic law). One cannot separate tithes from rabbinically-obligated produce on behalf of biblically-obligated produce.

According to Rashi, this case poses no problem. Each grain is partially one’s own and partially purchased and any one grain can be separated as tithe on behalf of any other. According to Tosafos, though, one would have to separate tithes before the crop is divided, when both parties jointly own the entire yield when all the produce must be biblically tithed. 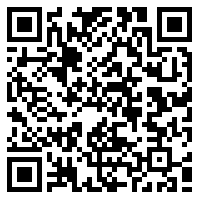