The First And The Final
‘Aleph Lamed Chol, Yud Keh Kodesh’
(Shavuos 35b)


Our sugya discusses the holy names of G-d which may not be erased. Yud Keh Vav Keh is one of these names. In many siddurim, this name is represented by two yudin. May these two yudin be erased? And where did the custom to write two yudin in place of the name Yud Keh Vav Keh originate?

Two Yudin With A Vav Above

The Terumas Hadeshen (Responsa II, Pesakim Uchesavim 171) writes that people would write two yudin with a horizontal vav over them since the numerical value (gematria) of those letters equals that of Yud Keh Vav Keh – 26. Others would write three yudin, equal to 30, which is the gematria of Yud Keh Vav Keh plus the the four letters that make up this name. Additionally, one combination of the 72-letter holy name of God includes three yudin. And still others omitted the third yud or the vav since everyone already understood the meaning without it.

According to Rabbi Yehuda HeChassid (935), there is no prohibition to erase these yudin. The Terumas Hadeshen (ibid.) and Rema (Yoreh Deah 276:10) rule that they may only be erased for a great need (see the Shach and Gra, ibid.), while the Radbaz (206, cited in Bris Olam on Sefer Hachassidim, ibid.) believes they may never be erased.

Rabbi Yehuda Asad (Responsa Yehudah Ya’aleh, I, Y.D. 304) argues these three poskim are discussing three different cases. Rabbi Yehuda HeChassid’s statement that no prohibition exists refers to two yudin since, according to all opinions, they have no sanctity. The Terumas Hadeshen’s statement that one may erase for a great need refers to two yudin with a vav, whose sanctity derives from gematria, while the Radbaz, who utterly forbids erasing, refers to three yudin, which are included in one of Hashem’s names.

In conclusion, it is interesting to note the opinion of the author of Shulchan Gavoha (quoted in Sedei Chemed, Maareches Mem, kelal 12, os 9, Vol. IV, p. 213), who explains that the two yudin represent the first yud in the name Yud Keh Vav Keh and the yud in the name Ado-nai. 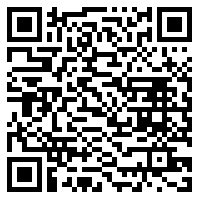