An Expression Unique In Shas
‘I Am Neither Wise…’
(Pesachim 105b)


In our sugya, R. Nachman bar Yitzchak supports a halachic ruling he made, saying, “I am not a wise man, a seer, or an independent authority. Rather, I am a receiver and compiler of tradition. The accepted ruling in the beis medrash is according to my opinion.”

Rabbi Meir Simcha of Dvinsk (Or Samei’ach, Hilchos Shabbos 29:12) notes that this is an unusual expression not found anywhere elsewhere in Shas.

Who Compiled the Talmud Bavli?

Based on this expression, some believe that R. Nachman bar Yitzchak assisted in compiling the information that Ravina and Rav Ashi used to create the Talmud. Rabbi Nachman bar Yitzchak was a student of Rava and one of the principal figures in organizing correct traditions of teachings of previous generations, which were passed down by word of mouth and often misquoted.

After he began determining the most accurate versions of these traditions, his work was continued in subsequent generations until Rav Ashi composed the Talmud Bavli that we have today.

In many places in Shas, we find R. Nachman bar Yitzchak determining the correct wording of phrases (Bava Kama 60a, Beitza 35a) or presenting mnemonic devices to help remember the correct tradition (Erchin 11b, Nida 45b, Shabbos 66b. See Doros Rishonim II, 60). These demonstrate his important role in determining and preserving the authentic tradition of the Oral Law.

A Receiver And Compiler

The above helps us understand the second half of R. Nachman bar Yitzchak’s statement, “I am a receiver and compiler.” What is the meaning of the first half, though: “I am not a wise man, a seer, or an independent authority”?

He made this statement in relation to his ruling that a person who has only one cup of wine for Shabbos should use it for Kiddush on Friday night. Even though the day meal is more important, it’s better to make Kiddush over wine at the first possible opportunity to show our love for the mitzvah.

An objection was raised to this ruling: We know that if a person wishes to eat a meal on Motzei Shabbos and has only one cup of wine, he should not make Havdalah first. Rather, he should wait until after the meal and use the cup for both Birkas Hamazon and Havdalah (according to the opinion that Birkas Hamazon must be recited over wine).

For Love Of Shabbos

R. Nachman bar Yitzchak then says, “I am not a wise man, a seer, or an independent authority.” Why? In Daf Yomi this week we find a discussion on which to say first when Yom Tov falls on Motzei Shabbos: Kiddush or Havdalah? The Amoraim disagree, and many have prestigious titles: Rabbi Yehoshua ben Chananya was called the “wise man of the Jews” (Bechoros 8b); Shmuel was known for his prowess in astrology (Berachos 58b) and could be considered a seer of stars; Rabba said he was uniquely knowledgeable in the ritual impurity associated with tzaraas and ohalos (Bava Metiza 86a) – in this regard, he was an independent authority; Rav was rosh yeshiva in Bavel, or “reish sidra,” which literally means the head of the compilation (Chullin 137b); and Levi was called a “student before the wise” since he studied under Rebbe and received his wisdom (Sanhedrin 17b). 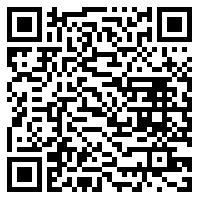