“Be careful,” my father warned. “Don’t run around the house with that sharp thing in your hand. Slow down. You could hurt somebody.”

“Old peoples’ advice,” I thought to myself as I raced by. “Besides, my father is a dayan. Judges always anticipate the worst.”


When it comes to preservation of life, we should all anticipate the worst.

The Rambam tell us there are three degrees of unintentional murder.

The first mentioned by the Rambam is hahoreg bishegagah ubeha’alamah gemurah – unintentional murder in situations where accidents are prone to happen and could be avoided with a little more concern for public safety.

Such might be the case when one is installing an air conditioning unit in an upper story window overlooking the street. Perhaps some safety precautions were taken but maybe more could have been done. The unit plunges to the street and a passerby is fatally hurt. In the days of the Sanhedrin, one would have been banished to an open prison known as ir miklat, city of refuge. These cities of refuge served a dual purpose. The punishment of being confined within its borders served as atonement for the sin of not being more careful. They also protected the inadvertent killer from vengeance at the hands of the goel hadam, the deceased’s closest relative, who would be acquitted of murder if he or she, out of emotional distress, killed the inadvertent killer outside the ir miklat.

The second degree is hahoreg bishegagah karov le’oness – unintentional murder in situations in which even the most diligent safety precautions could not have prevented the accident. Such might be the case when one is driving attentively within the legal speed limit and the victim darts out right in front of one’s car. In this situation, the Sanhedrin would completely exonerate the inadvertent killer, who would not be banished to the ir miklat but would be free to go home. The inadvertent killer needs no atonement because he did nothing wrong. The goel hadam would be guilty of murder if he or she killed him.

The third degree is hahoreg bishegagah kerovah lezadon – unintentional murder as a result of reckless or negligent behavior. Examples might be running about in a confined, populated area with an unsheathed knife, or backing up a car in the street without looking behind. In this situation, the Sanhedrin would not banish the killer to the ir miklat because the sin is so grave that confinement there will not atone for it. If the goel hadam kills the inadvertent killer, he or she will be acquitted of murder.

Six cities of refuge were established in Israel, one of them being Hebron. In addition there were forty-two cities belonging to the Levi’im that also served as sanctuaries for the inadvertent killer but provided a lesser degree of protection. 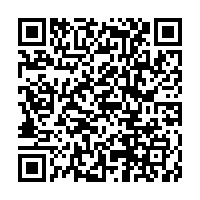