There is one law in the Jewish tradition that no doubt has puzzled many scholars: that which prohibits the mixing of milk and meat. Its source is found in the Torah (Shemot 23:19, 34:26; Devarim 14:21), but no clue is provided as to its meaning.


Strangely enough, it is this mysterious law that has had the greatest influence on the daily life of Jews for thousands of years, right up to this very day. It divides the Jewish kitchen into two sections—meat and milk—and has far-reaching implications: two sets of pots, pans and cutlery, which are kept separate in every way. This law encompasses much of Jewish life and has turned Judaism into something very distinct.

What could be the reason behind this prohibition? While one might argue that many other Jewish dietary laws try to infuse people with sensitivity, this can hardly be said about the law of milk and meat. We might, for example, contend that the animals and fowls that we are forbidden to eat are those that are aggressive and carnivorous, and the Torah wishes us to distance ourselves from such traits. But the mixture of milk and meat doesn’t seem to highlight any particular unwanted characteristic.

There is another strange dimension to this law. It is not only forbidden to consume a mixture of milk and meat, but the very blending of these food categories, in the form of cooking, baking, and other such processes, is also forbidden, even if they will not be consumed! (Talmud Bavli, Chulin 115b; Shulchan Aruch, Yoreh De’ah, 87:1; Pitchei Teshuva 2) One is obliged to destroy this mixture. This is reminiscent of the law on Pesach that forbids not only the consumption of chameitz (leavened bread) but even having it in one’s possession (Shemot 12:19, 13:7; Talmud Bavli, Pesachim 29a). However, while one may still sell the leavened bread, this is not permitted in the case of a milk and meat mixture. The obligation to destroy this combination of milk and meat seems, therefore, to indicate an acute matter that doesn’t allow for any compromise. Why should this be?

According to Jewish tradition, God created the world with the specific purpose of having human beings sanctify it. We are asked to infuse the world with the divine spark that is found within ourselves, since we were created in the image of God (Bereishit 1:27).

To enable the creation of the universe, God had to withdraw His Ein Sof (infinite spiritual light). Only in this void, or darkness, would physical existence become possible. In kabbalistic tradition this principle is called tzimtzum (self-withdrawal, or self-constriction) and is one of the most difficult concepts to understand in kabbalistic philosophy.

Once human beings were created, God informed them of their task to ensure that this withdrawn light would (at least partially) return. This would be possible by means of sanctification. By connecting all physical elements with the Ein Sof, this withdrawn light would return and the universe would be lifted from its purely physical dimensions. This was to be accomplished through the fulfillment of good deeds, the commandments, and the study of Torah. Ultimately, everything would return to God, the Infinite Source. (*)

One way to grasp this concept is to imagine a circle that is open on top. The initial point of creation is to the right where the circle starts and the motion of time begins. The circle itself symbolizes the path on which the world must journey until it will, on completing the circle, re-enter the initial open space on top – the moment when the purpose of all existence has been fulfilled and time comes to an end.

The circle has, however, another important feature. It symbolizes the confines within which the world must travel to return to its original Source (symbolized by the open space on top of the circle). As long as the world moves along and within the line of the circle, it will finally be connected with the original Source. But if it will break through and run wild, it will no longer be able to bring itself back into the confines of the circle, never to return to the Original Source and consequently failing to fulfill its purpose. This would mean devastation and chaos.

There is another kabbalistic idea, which teaches that what is more material, and therefore “independent,” lies closer to the outside (borderline) of the circle. All that is less material and more dependent on God is nearer to the center of the circle and therefore closer to its original Source. “God is a circle whose center is everywhere and circumference nowhere.” When looking in the Creation chapter, we find that a certain evolving process took place, which led to the appearance of the animal world at the end of the six days of Creation, just before the arrival of Adam and Eve (Bereishit 1:25-27). This evolving process reveals a constant increase in “independence” – greater mobility and physicality. While the plants are still completely dependent on the Divine Source, having no say of their own, the small insects and creatures are more autonomous. This independence increases drastically with the creation of the larger animals on the sixth day.

The superior animal must be seen as the most autonomous creature within the corporeal world. Unlike a human, the animal is not blessed with a divine soul and has no part in a spiritual, moral existence. While it is highly autonomous, it is nevertheless completely bound by the physical world in that it cannot rise above the laws of nature. In this sense, it is the most developed physical creature in the world. Consequently, it is the animal that walks on the borderline of our circle.

This has far-reaching consequences. Since the animal has developed to the outermost line of the circle, it treads a dangerous path: one more step and it will find itself outside the line. It will then run wild and lose its connection with the Source on top of the circle. This must be prevented at all costs, since it would lead to chaos. In other words, this animal is never to become a “super-animal,” through overdevelopment. It must not become more physical than it already is. To emphasize the point: animal flesh is not to become “super-flesh,” developing beyond the limits of the circle border.

What is milk? Milk is no doubt the most important nutrient for human and animal body development. It is nourishment par excellence. It contains all the ingredients that enable proper physical development.

You may now begin to understand the danger of mixing milk with meat. The animal is the most advanced of all physical creatures. It finds itself on the border of the circle. Any addition to its physicality will force it out of the circle. It will sever its connection with the Source and become overdeveloped, creating “super-flesh.”

Since milk is the very substance that promotes body development, it would be a fatal mistake to add this nutrient to fully developed meat. The milk would continue to advance the meat’s expansion beyond its proper borders. This would suggest a wish to overdevelop the already optimally developed flesh of the animal. It would be as if one wanted to make the animal world break out of the circle and sever its connection with its Source, which would indicate denial of the very purpose of this world.

This may also explain the ruling that one is not only forbidden to consume a mixture of milk and meat, but is also obligated to destroy this mixture even if there is no intention to consume it. Its very existence is a denial of the foundation of God’s plan for His creation and is therefore forbidden.

* One may wonder why God wished to create a physical world if, after all, it was intended to revert back to spirituality. The kabbalists respond by saying that the division between the spiritual and the physical, originating with the act of creation, allowed for the capacity of longing, the urge and drive to bring unity to that which has been divided. This, they believe, is the greatest good that God wanted to bestow. Love, the quality that provides people with the highest form of joy, is, after all, the result of two components longing to become one. See: Friedrich Weinreb, De Bijbel als Schepping (Wassenaar, Holland: Servire, 1963).

What will it Finally Take for Jordan to Extradite the Sbarro Bomber to Washington? 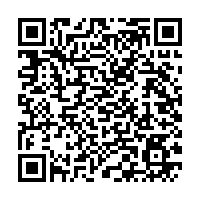