Reuven was planning to drive from Lakewood to a friend’s wedding in Brooklyn. He put up a sign that he had room for six passengers and would charge $20 for the trip. Shortly before heading out, Reuven filled all six spots.

On the way to the wedding, Reuven and his passengers decided they would head back after the main course. When the main course still hadn’t been served by 9:30 p.m., however, two of the passengers told Reuven they were leaving early with someone else.


During the meal, Reuven notified people that he now had two extra spots in his car, and one person paid him $10 to get a ride back to Lakewood.

The following day, Reuven asked the two people who left early for $20.

“But the agreement was for $20,” replied Reuven.

The two thought the request was unfair, especially since Reuven later got someone else to pay him $10, so they went to Rabbi Dayan to get his opinion.

“The Gemara [Bava Metzia 79b] discusses a similar case,” Rabbi Dayan said after listening to both sides. “Someone hired a boat to transport a load to a certain destination, but unloaded the boat midway. Does he have to pay for the rest of the trip? The answer depends on whether the boat operator can find a different client for the remaining leg of the journey [Choshen Mishpat 311:6].

“If the employer changed his mind before the worker began the job, there is an additional factor to consider: Did the worker lose out by passing up on other potential jobs? In this case, though, Reuven began the “job” – since he already drove half way – so it makes no difference whether he initially had to turn away other potential passengers or not. Once the work begins, both sides must honor their commitments [Choshen Mishpat 333:1-2; Pischei Choshen, Sechirus 10:7].

“If the employer changes his mind, though, and the worker finds different work, what he earns from the second job is deducted from the amount the initial employer owes him. Thus, the two fellows who didn’t return with you, Reuven, still owe you for the round-trip, but you must deduct the $10 you received from the new passenger.

“In the case of the boat, there is an additional reduction due to the lightening of the load, which eases the job and cuts costs for the operator, but that is irrelevant to this case; one fewer passenger does not affect the gas usage appreciably.

“If the passengers prepaid for the round-trip,” concluded Rabbi Dayan, “Rav Moshe Feinstein, zt”l, writes that the Sma [316:3] and the Ketzos [316:1] dispute whether they can ‘rent’ their spot to another passenger. It’s possible that they no longer have any claim, and the driver gains the extra fare. He concludes that the driver and original passengers should compromise and split the extra fare [Igros Moshe, Choshen Mishpat 1:74; see also Pischei Choshen, Sechirus 2:57].” 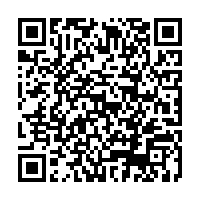