The notorious Washington sniper who killed several people in 2002 would likely have been acquitted in a court of law bound by the Jewish laws of criminal evidence. There were no witnesses to the killings and nobody warned the sniper seconds before each shooting that the punishment for murder is death.

That is not to say the sniper was innocent. He was guilty. It just means the bet din, the Jewish court of law, has no authority to administer the death penalty in such a case. It would have to be administered in due course and time by the President of the Heavenly Court.


From the violator’s perspective, the prospect of death at the Hand of God may seem as dim as a cloudy star. From God’s perspective, however, that prospect is as clear as the stars surrounding Him. Furthermore, execution at the hands of the bet din gives the violator the opportunity to confess and atone for his sins, thereby reserving for him a place in the world to come. But for the violator awaiting unannounced death at the Hand of God, there may be no time to confess.

The Jewish laws of criminal evidence are tilted so heavily in favor of the accused that a bet din that administers the death penalty once every seven years is called chablanin, trigger-happy.

The burden of proof required in dinei nefashot, capital cases, is heavier than the burden of proof required dinei mamonot, monetary cases. In dinei mamonot, if the standard of examination is too rigorous and a minor inconsistency between the testimonies of two witnesses excuses the borrower from repaying the debt, lenders will cease lending. In dinei nefashot, if the standard of examination is too relaxed and inconsistencies in testimony are tolerated, an innocent person may be put to death. What follows are some illustrations of the heavier burden of proof.

The types of questions posed to witnesses in court fall into three categories. Drishot are inquiries into the underlying facts of the case. Chakirot are questions that establish when and where these facts took place. She’eilot (also referred to as bedikot) are questions that have no critical connection to the case but test the witnesses’ powers of observation.

Circumstantial evidence, referred to in the halacha as umdana, is inadmissible both in dinei nefashot and dinei mamonot. There is no smoking gun in Jewish law. Even if the witnesses saw the accused chasing the victim with a knife and ran after them into a yard where the witnesses saw the accused holding a knife dripping with blood and the wounded victim gurgling on the ground, this evidence is inadmissible

Before examining the witnesses, the court explains to them in detail the Jewish laws of criminal evidence and the heavy burden of proof they must lift. It cautions them that they must be meticulous in their testimony because a person’s life, with all that entails, literally hangs on it. The witnesses are then examined separately and if their testimony establishes a case against the accused, the court turns to the accused and asks whether he has any witnesses to contradict the incriminating testimony, or eidei hazamah, to discredit the witnesses. The court also sends out a public notice requesting any person with evidence in favor of the accused to come forward. The accused is also invited to present arguments in his own favor.

It should be noted that in times of hora’at sha’a, certain national emergency situations, the Sanhedrin had the authority to sentence an accused to death even if the incriminating testimony did not meet the required standard. 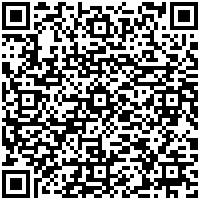