While I’ve recently been writing individual articles in this space – and not series that continue month after month – this time (and the next and the next and the next) I am going to have to beg you to issue me a pass. Trust me on this one. I wish to address a subject that I am singularly qualified to write about, but the subject cannot – with any modicum of justice – be addressed in just one, or even two columns. However, I shall ensure that each column will “stand alone” and will not require being read with the preceding or the following one.

And yet, and yet, in order to present the picture that I feel duty-bound to portray, the concluding article will have far more meaning if its antecedents were also read. In other words, I have to lay the stories of the forthcoming columns on top of one another like the anatomical transparencies in a medical textbook, to present the fullest picture of a hero who significantly improved the lives of New York Jewry and arguably of all citizens of New York.

Phew! What an introduction. Finally, it is my duty and honor to offer a tribute to Norman Rosenbaum, z”l, who passed away in Melbourne, Australia on July 26. I was privileged to meet with Norman three times for lengthy visits (each one was at least two days from early morning until late at night) and what I gained from these meetings with a larger-than-life figure (with a peculiar Melbournian accent) is that we owe this lion of justice an enormous debt of gratitude. I am obliged to convey my appreciation wishfully, on behalf of us all.

Here is the game plan for each stand-alone column:

First Column: An understanding of the background that led to the eruption of the Crown Heights riots in the summer of 1991 is critical to the rest of the story. (This is what you are holding in your hand.)

Second column: The murder of Yankel Rosenbaum, z”l, occurred at the outset of the Riots.

Third Column:Having been subjected to a pogrom, the Lubavitch community concludes that their only hope of avoiding a future catastrophe will entail the involvement of the Rosenbaum family.

Fourth Column: Yankel Rosenbaum’s murderer who had issued a confession, was positively identified by Yankel before being whisked off to the hospital, possessed the murder weapon dripping with Yankel’s blood in his pocket and damning testimony by ten police officers was acquitted by a primarily black jury.

Fifth/Concluding Column: Justice for Yankel is finally achieved thanks to the indefatigable efforts of Norman Rosenbaum who sacrificed everything for this and in the process made New York City a far safer place for Jews and others who live there.

We begin. Word, in the Caribbean and African-American streets of the Crown Heights neighborhood of Brooklyn in the summer of 1991, was that for years Jews received preferential treatment from law enforcement officials and outsized allocation of other government resources. What every outlandish claim shared in common was blatant anti-Semitism.

Decades of pent up emotions seek release. As a rule, they do not leak out, but burst forth like projectiles. It is up to the leaders to confront the potential conflagration; they can either douse or fan the flames. Racial arsonist, Rev. Al Sharpton, never missed an opportunity to drench the dry kindling of race relations with kerosene and then drop a lit match. That summer presented the mother of all opportunities to inflame the masses.

On August 19, 1991, the motorcade of the Lubavitcher Rebbe, returning from a visit to the cemetery where his father-in-law was buried, got delayed at a traffic light as they reached the integrated section of Crown Heights bordering the Jewish area. As the rear vehicle, driven by twenty-two-year-old Yosef Lifsh, neared the intersection at Utica Avenue, a car ran a red light and barreled into his station wagon. The thrust of the crash forced Lifsh’s Grand Marquis up onto the sidewalk where he maneuvered the car away from the adults on the curb and steered toward the wall ahead to arrest the vaulting station wagon.

Gavin and Angela Cato, seven-year-old cousins, were pinned against the wall; Gavin was pronounced dead soon after, and Angela was severely injured.

Lifsh immediately attempted to pry the car off the children. His efforts were in vain as a mob began to attack him. When a Hatzalah ambulance arrived on the scene it was pelted with rocks and bottles.

Every eyewitness saw what happened was the consequence of an obvious accident, but that was immaterial once the rabble rousers arrived on the scene. Charles Price, a heroin addict and petty thief who helped to rile up the gathering crowd, megaphone in hand, harangued, “We’ve got to kill Jews. They’re killing our kids!”

The agitation and crowds increased all evening until someone shouted, “Let’s go to Kingston Avenue and get the Jews!” (Kingston Avenue is the major Jewish shopping area in Crown Heights.) Having received their marching orders, the hostile mob – nearing 400 – broke into bands and went on a rampage assaulting and robbing Jews and vandalizing property as they hurled stones, bottles and debris at police cars, automobiles and bystanders. When they encountered a storefront with a mezuzah, they smashed the windows, and when a car was identified as Jewish-owned (usually by a bumper sticker) it was torched.

Although there were numerous police units present because of the BB King concert in the neighborhood, the officers maintained a passive, spectator status. The instructions from One Police Plaza were unequivocal: “Do not intervene.” Later it was revealed (and subsequently denied) that the instruction from the police commissioner, undoubtedly in collusion with the mayor’s office were, “Let them vent.”

The consequences of this policy will be reported in our forthcoming column, please G-d. 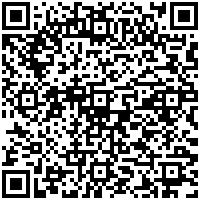