Rabbi Yeshayahu Hager, who lives in Eretz Yisrael, was in the middle of his Friday night Shabbos meal with his family and four ba’alos teshuva guests – girls who were in the process of becoming religious and were looking forward to a true Shabbos experience in a very religious home. There was a beautiful, calm atmosphere in the Hager home as everyone, dressed in their special Shabbos clothes, gathered around the elegantly set table with smiles and joy, the Shabbos candles adding to the holy atmosphere.

Shalom Aleichem, Aishes Chayil, the blessing of the children, and kiddush – it was all so holy and beautiful. The children were so sweet, and the relationship between husband and wife was so obviously positive. Hand-washing and hamotzi on the home-made challahs, and the delicious meal was served.


And then in the middle of all this serene joy, a phone started ringing. No, it didn’t belong to one of the girls who maybe didn’t know it was forbidden to use phones on Shabbos. In fact, the ringing was heard from another room. As if that weren’t surprising enough, the guests were even more amazed when Rabbi Hager got up and ran toward the sound of the phone. Some of the kids ran after their father to see what was happening; Mrs. Hager and the guests stayed at the table and waited.

And what happened? Without touching the phone (because it’s forbidden to do so on Shabbos), Rabbi Hager looked at it and saw that the number on the caller ID was from a kosher phone – that meant it was a religious Jew who was calling him now, in the middle of Shabbos. Rabbi Hager knew that if a religious Jew was calling him on Shabbos, it must be a matter of pikuach nefesh, the saving of a life.

Maybe now is the time to tell you that Rabbi Hager is the head of Matan Chaim, an organization which coordinates kidney transplants between donors and recipients, and even encourages people to donate a kidney. That’s why his phone was left open on Shabbos – just in case there would be a matter of saving a life. According to Jewish law, a person is not only allowed to desecrate the Sabbath in order to save a fellow Jew’s life – he is commanded to do so, for the value of life is so great!

And so Rabbi Hager, with the minimum amount of Shabbos desecration, which meant handling and using the phone as little as possible and not saying anything unnecessary, returned the call. He was immediately answered by a man named Yaacov Levi* who said that the police had knocked on his door in the middle of his Shabbos meal to say that a kidney was available for him and that he had to go to the hospital immediately in order to receive the transplant. Why the police? That we’ll explain later.

So why was Yaacov calling Rabbi Hager? Why didn’t he just go to the hospital? It turns out that the newly available kidney came from someone who had tragically just been killed in an accident, and Yaacov knew that it’s preferable to receive a kidney from a living donor than from one who is deceased. And so, being that his life was at stake, Yaacov called Rabbi Hager, who is an expert in these matters, to ask whether or not to have the transplant.

Because Yaacov had been waiting a very long time for a kidney but no suitable one had been found until then, Rabbi Hager told him that yes, he should do the transplant. The call ended and Rabbi Hager returned to his Shabbos table. One of the guests was sobbing for she had heard the reason for the call from the rabbi’s wife, who didn’t know the details but knew it must have to do with a life-saving transplant.

Shabbos continued in the Hager home as in every other religious home – zemiros (Shabbos songs), words of Torah, delicious food, adorable and clever children, laughter, and the beautiful, holy camaraderie that is an inherent part of Shabbos in a religious home.

The next day, the inspiring and very enjoyable Shabbos continued with the second meal after the morning prayers, and later talking, noshing, resting, reading, playing with the children, and more, and finally a third meal with more of the unique Shabbos atmosphere. After 25 hours of amazing quality time, Shabbos was over.

After havdala, you can imagine that the first thing that Rabbi Hager did was call Yaacov. This time he and Rabbi Hager wished each other a Shavua Tov, a good week, the traditional blessing we wish each other after Shabbos is over. In the last phone call, neither of them had wished each other Good Shabbos even though it was Shabbos because they were using the phone only for the purpose of saving of life – that was all that was permitted, not good wishes or even blessings. Now, though, they were able to talk at length and Rabbi Hager heard for the first time the whole story. And this is the story:

As soon as the kidney had become available, the hospital staff had tried to reach Yaacov to tell him, but there was no answer. They had tried his home number, his cell number, his wife’s cell number, but no answer. They realized that he wasn’t answering even though he might be home because it was Shabbos, and so, knowing that this was an emergency, life-saving situation, they called the police and sent them to notify Yaacov. Yaacov, too, was with his family, in the middle of their Shabbos meal, when he heard the banging on his door.

Within seconds the door was opened and the policemen informed him about the kidney and that he should immediately go to the hospital for the transplant. After calling Rabbi Hager and getting the green light, Yaacov, who doesn’t drive, rode to the hospital with the police officers, who also brought him to the correct department and stayed with him to make sure everything was in order before leaving.

And yes, Yacov received the transplant and by Motzei Shabbos was feeling very good, baruch Hashem. The police officers also called him right after Shabbos to ask about his welfare and when they heard that all had gone well, they wished him a speedy recovery.

Yaacov Levy is now on the road to a complete recovery, be’zras Hashem.

* not his real name 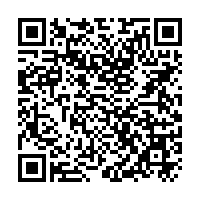