The IDF patrols stationed at the Erez Checkpoint near the Gaza strip are always on the lookout for stolen vehicles. When an Arab-driven vehicle approaches, they know which signs raise red flags. It usually takes a quick yet thorough inspection of the car’s documents and the soldiers can verify their authenticity.

A gleaming, current model car drove up to the checkpoint. The driver was an Arab. This alerted the soldiers and they stopped the car. They asked to see the documents, which the driver obediently provided. The soldiers scanned the papers and reviewed them again. Yes, all seemed to be in order. The driver seemed to be the legitimate owner of the upscale car.

The soldiers were about to wave the car through, but an officer from behind, who had been inspecting the car’s license plate, stopped them. He walked up to the driver’s window and demanded, “Tell me! Is this car yours?”

The Arab made as if he had not understood the question and shoved the papers in front of the officer. “Here, look what it says…”

The officer did not let up. “If you don’t admit immediately that the car is stolen, I will prove it to you – black on white – and then the repercussions will be a lot worse! From where did you steal this car?”

The driver’s confidence waned a trifle and after a moment or two he admitted that he had in fact stolen the car from the yishuv Maaleh Adumim.

Amazed, the other soldiers asked the officer, “How did you figure this out?! Are you a navi? The papers did not show any indication of forgery!”

The officer did not respond, but motioned for them to follow him to the rear of the car.

Yes, there, black on white was the evidence. Fixed right on the large, prestigious bumper of the brand new luxury car was a bumper sticker. “Ein Od Milvado,” it read in bright, bold letters.

The soldiers burst into laughter.

You don’t need to be a rocket scientist – or even a well-trained IDF officer at the Erez Border Crossing – to know that no Arab would attach such a sticker to his car.

The patrols contacted the genuine owner of the car and explained how they had caught the theft. Relieved and overtaken by emotion the owner exclaimed, “Now I know that Ein Od Milvado is true! There is no one and nothing but Hashem.”

In the yishuv of Maaleh Adumim, extensive efforts were taking place to awaken irreligious residents to Torah and teshuvah. When kiruv activists from a nearby yeshiva attempted to speak with the car owner, he turned a deaf ear, refusing to listen to even one word of anything related to Judaism.

On the fateful day of the robbery, a very persuasive and persistent yeshiva student tried speaking with him. Calculated words of explanation and emotion were useless. The recent purchase of his beautiful, brand new car was all the man could think of. Its shiny metallic color, advanced equipment, its plush leather upholstered seats… What connection did he have with teshuvah?

Seeing that the man was not open to his words, the kiruv student prepared to part. In a last-ditch attempt, he pushed a bumper sticker into the man’s hands and asked him to place it on his new car. The driver laughed at the statement proclaimed upon it, “Ein Od Milvado.” What relevance does this statement have to me, he snickered. He did not know why, yet inexplicably agreed to use it.

He parked his car near his home, from where it was stolen.

An hour later, he came outside, keys in hand, but was shocked to find his car missing! The painful realization that his treasured new car was stolen pierced him with such intensity, he could not control his emotions. Shock, betrayal, distress, anguish, anger – it overwhelmed him. It spurred him to do something uncharacteristic.

He hurried over to the yeshiva building, not far from his home, and confronted the Rosh Yeshivah. “Why?” he cried, “Why did this happen to me? Your student asked me to stick on a bumper sticker and I agreed. Why was my car stolen?!”

The Rosh Yeshivah listened silently, his wise eyes set on the pained face of the ex-owner of the luxury car. Softly he said, “From an Ein Od Milvado sticker, you cannot suffer any harm or loss. We have to do that which is in our power – we have to pray.” The Rosh Yeshivah gathered ten bachurim and instructed them to say Tehillim in hope that the car would be found.

A mere two hours later, the car owner received the call from the Erez Checkpoint that his car was found. In the merit of the special, powerful bumper sticker, no less!

The now grateful driver retraced his steps to the yeshiva and with a shining face proclaimed, “Yes, Ein Od Milvado!” 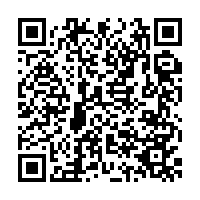