Yosef * had a dream. He wanted to open a yeshiva for young men like him, men who had returned to their roots and wanted to expand their learning in a relaxed, pastoral atmosphere. Gilah, his wife, had her own dream of founding a yeshiva for young women where they could grow spiritually as well as connect to nature.

Together, the couple brought their dreams to reality. Last year, in a small Yishuv ** in Israel, the two new places of learning opened their doors.

Yosef’s yeshiva attracted young married men as well as about a half dozen single ones.

It is, thanks to Hashem, doing well.

Gilah’s seminary started out very promising. Twenty-five young women, two of them married, attended the program. But then, something went wrong. After a couple of months, two of the students left the seminary. As the months went by, more of them pulled out of the yeshiva, leaving a mere four students by Pesach time. Unable to continue financially, Gilah made the painful decision to close down the school she had so recently opened.

Gilah was very disheartened. Perhaps she and her husband had undertaken too many responsibilities in too short a time. She felt like a failure. Then, she received the first of three wedding invitations in the mail.

In its early days, Gilah’s school had attracted young women from all different parts of Eretz Yisrael. These were young women who shared Gilah’s vision of a quiet, calm environment in which to grow. It was unlikely these young women would have encountered each other if they hadn’t met in the yeshiva. Thrown together, they forged bonds of friendship.

The first invitation Gilah received was from a young woman who had met her Chatan through one of her new friends in the school. The second invitation was from another former student, who had also met through her few months in the yeshiva.

The third invitation was from a couple, both students at the Yeshivot in the Yishuv, brought together by Yosef and the kallah’s teacher.

Gilah’s heart began to lift. She no longer looked at herself or her yeshiva as failures. She now understood that though its opening wasn’t planned out well enough, her yeshiva had to have opened so that six young people could find their bashert.

Gilah hopes to try and re-open her school one day. Meanwhile, she is busy attending weddings.

** The location and names of the Yeshivot are being kept anonymous. 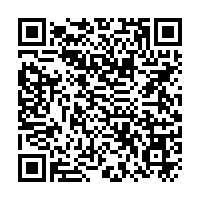