Chezky Rabinowitz’s heart brimmed over with joy; his smile, hidden under his mask, stretched ever larger. This was a big night. Covid-19 has changed the style of smachot. They are limited to a handful of family members, and no hugging and kissing – just calling out wishes of Mazal Tov. But it didn’t hinder the jubilation from floating thick and rich in the air at this engagement.

His youngest son, Shmuly had gotten engaged. Blimi’s easy going nature was a perfect balance to Shmuly’s deep, penetrating mind. Thinking back across the decades to his own engagement, Chezky conjured images of himself and his kallah, Mindy, amidst aunts, uncles and cousins. His parents had both passed away when he was very young and he had been raised by his Uncle Elchanan and Aunt Ricky; their children were like siblings. Now his own branch of the family was sprouting a new offshoot.


The following week had Mindy and Chezky discussing, weighing and finally deciding myriad details of the wedding. They had concluded not to rush and it would be held after the chagim. Blimi’s family would be away for the chagim, so they would wait til after, but not too much later because the rainy season would begin around Succos time. Covid-19 rules at the moment dictated only 50 people at weddings when held outside, 20 inside. There was hope that by the time of the wedding things would improve and a larger number would be allowed, but no one knew what would actually be. It wasn’t easy trying to find a hall that met all the criteria.

Veterans of numerous weddings, Chezky and Mindy had always done the planning alone. This time he wondered if he shouldn’t look for a professional party planner to assist in finding a location for the wedding. Chezky knew someone, Yeedle, who had a good reputation as a party planner and Chezky placed a call.

“So how can I help you, Mr. Rabinowitz?”

“Our son is getting married the week of Rosh Chodesh Cheshvan and we are trying to find a hall suitable for the chasunah which has an open area so we can have the maximum number of guests. Someplace that meets the Covid-19 regulations and if the number of people allowed is increased, it would be large enough to accommodate the larger crowd.”

“You know that my service is for everything – soup to nuts, as they say.”

“Yes, Yeedle, I know. But my wife and I and the other side will handle the rest. We just need help in locating a nice place that meets the standards of the Health Ministry and is able to stretch to accommodate twice the size crowd if the rules lighten up.”

“There are several places I want to check out. I’ll do some research. Get back to me.”

The mechutanim knew of a place but it wasn’t what Mindy had in mind. There was another venue that was alright for a very small crowd, but if rules were relaxed it would be too small.

Someone told them of a rather new hall, with walls which were windows able to be opened, it had been approved by the Health Ministry and it had an adjacent room available to accommodate a larger gathering. Perfect! Sunday and Monday would not work for the mechutanim, since they would just be arriving home from out of town on Sunday. So they settled on Tuesday. Having that in place, a band was contacted and a photographer employed. Things were falling into place very nicely.

Snatching the phone Chezky glanced at the caller ID and worriedly answered. “Hello Aunt Ricky! Is everything alright? You never call this late, I really hope everyone’s well. No one’s sick – tell me.”

In a firm and deliberate tone Aunt Ricky answered, “Chezky, no one is sick, baruch Hashem. You know how Uncle Elchanan and I are so careful – we don’t go anywhere. No, it’s not that.”

Letting out his breath that he hadn’t realized he was holding, Chezky continued. “Whew! Baruch Hashem! I was really scared for a minute. So Aunt Ricky, what is the phone call about?”

“I heard that you set the date for the chasunah for Tuesday the first week of Cheshvan.”

A bell of warning rang deep inside and sent out little knots of tension to attack his innards. “Yeaaah. I checked with the rest of the cousins and it doesn’t conflict with any other simcha.”

“No, it doesn’t.” Pause. “But I just want to remind you that Uncle Elchanan has yahrzeit for his father on that night. He won’t be able to be at the wedding.”

Slapping his forehead Chezky yelped, “Oy, I forgot. No, it’s impossible that Uncle Elchanan won’t be there! We’ll call the hall first thing tomorrow and see what other day is available.”

Placing the phone on the table, Chezky turned to Mindy and repeated the conversation. Mindy agreed that it was unthinkable for Uncle Elchanan not to be there. He was like a father to Chezky and a grandfather to Shmuly. But what if there wasn’t another day available that week? The following week a different cousin was making a wedding and each additional week in Cheshvan increased the chance of rain in an outdoor wedding! What would the mechutanim say if they had to push off the wedding for several weeks?

Mindy didn’t sleep that night. Before the birds sang their morning song, Mindy was up waiting for 9:00 a.m. to arrive so that she could call the hall. On the dot of 9:00 she called Sara at the hall explaining the situation.

“Well, Thursday is taken. Wednesday has something penciled in, but 90% it’ll be alright since it’s only in pencil.”

“Sara, can you check with the people that are penciled in? I need to know 100%!”

“I’ll call. It says here that a party planner made a tentative reservation. He hasn’t contacted me to confirm. I’ll check with him and get back to you as soon as I can.”

Each minute that passed, Mindy imagined another scenario of disaster. The party planner would confirm and that would mean Wednesday was out. Thursday wasn’t available and the next week wasn’t feasible because of the cousin’s wedding. The mechutanim had called a photographer already and a band. Would they be able to rearrange? Another two weeks, and the weather would likely be colder and, dread the thought, rainy!

Her phone did a little dance on the tabletop as it rang.

“Sara. What’s the answer? Is it available?”

“I spoke to the party planner. He said that the people he had called for hadn’t been in touch with him again and he assumes they made other arrangements and he said that you could have it. You want to hear something funny? The party planner, Yeedle, said he had penciled in for Chezky Rabinowitz. I guess you’re lucky he had called and we had written it down so no one else reserved the date.”

Mindy closed her eyes and said, “Yeah, it was written down – last Rosh Hashana.” 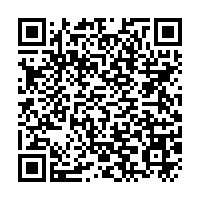