Years and years ago, when I was a youngster living in Brooklyn I committed a terrible aveira I managed to bury for the next seventy years of my life. I stole candy and food items from a grocery store in the neighborhood, because I was often hungry and we didn’t have much food at home. I came from an immigrant family and there was never enough money for food, let alone sweets. When the Rebbe in yeshiva would make an example of a boy who was caught stealing, I would cringe in my seat knowing that I was as guilty of that crime as the poor kid he was making an example of.

As I grew older and things got better financially the theft issue got lost and buried in some deep recess of memory and was never revisited. I got married to a wonderful girl who is the core of our home and we raised seven magnificent children, all of whom married and have their own wonderful families and they have brought me endless nachas and joy. The only dark spot in my life is that my beloved wife passed away two years ago and left me bereft and shaken by the fact that my days are numbered as well. I found myself in a deep depression most days, unable to enjoy my grandchildren who visit regularly and even found no pleasure in my daf yomi group and the shiur thereafter. My son suggested I enlist the advice of my Rav for help on how to overcome my depression from a non-medicinal standpoint.

My Rav, a younger man than I in years, but wiser by far in the way of the heart, mind and conscience, after speaking with me at length and discounting all the obvious reasons why I was in such mental pain, asked me whether I had experienced or done something in my early childhood perhaps that might offer up a clue or an explanation for what I was feeling. Perhaps I did something that I felt guilty about and buried deep within my memory banks wishing it had never happened and in that way erased it from my mind only to have it reappear now brought on by the mourning over my wife. Death of a loved one, he said, very often makes us question our own mortality.

That night, I felt particularly low and not wanting to trouble my kids by calling them, I decided to take a sleeping tablet just to help me drift off from the mental torture. Mrs. Bluth, if I tell you I was transported to my ten-year-old self, as if by some time machine, I saw myself going into “Shmelkes” grocery store and stuffing a bilkaleh and an apple under my jacket. Fast forward to another frame; I took a chocolate bar concealing it in my sefer. The dream went on and mercifully, I awoke and it was 5:30 in the morning and I understood what I needed to do. I called the Rebbe later that morning, asking to see him and that I knew the reason for my depression.

The Rebbe way intrigued by my dream and the admittance of my guilt so many years later. I asked him how I could make restitution and to whom, as I had no idea what became of Shmelke and his family. I knew that I had not committed any other transgression for which I could feel guilty, even though I was the recipient and the carrier of loshon harah, wittingly and unwittingly at times in my life. However, I strongly felt that the sin of all those little thefts in the grocery store merited rectification and was the actual cause for my guilty conscience. What penance could I make at this point and to whom?

The Rebbe looked at me with his steady and kindly gaze, in no way judgmental or pitying, and said the dream was indeed an omen that some form of restitution needs to be made. Since I could no longer make it directly to the victim, nor to his family, I should give tzedaka in his name and on every occasion that I say yizkor, I should intone a Kaddish for Shmelke as well, so that his neshama should have an aliyah.

After the Rebbe said those words, it was as if a giant weight had lifted off my heart. This felt so right! All I can say is that I did not want to leave this world with such a black mark on my soul and although I was so young and not yet a Bar Mitzvah, the sin loomed just as large on my mind even though I had long ago forgotten about it. If there is anyone out there suffering from a heavy heart or a depression that doesn’t seem to fit any of the boxes, try to revisit your life, from your earliest memories to see if, perhaps, you did or were a party to an aveira and make restitution. We are all flawed and commit tiny little transgressions in our lives that we don’t choose to remember and successfully bury………….until it wakes up and demands to be dealt with.

The mind is an interesting organ. We may think we are in control of all its goings on, that only we, by our own will, fires up those little electrodes in the mind. Here’s an interesting example of the brain sending its own signals that herald, with the aide of the conscience built in as a fail-safe conduit for correction. Reading your letter I could only think how magnificent Hashem’s handy-work is in creating mankind. How each segment of the body works in tandem with the spirit and the organs and body parts to form this magnificent and perfectly imperfect being. And the cherry on the whipped cream is the conscience, the bookkeeper that allows us to make mistakes and to rectify those mistakes often committed unknowingly, unintentionally and remorsefully.

As we age, it is natural for us to turn back to Hashem and the Torah as we get closer to returning to him. Those fortunate enough, as you have been, to recall all the things we need to do teshuva for, should try to mend broken relationships, repay unpaid loans, ask forgiveness from those we have slandered or hurt whether physically or emotionally and make suitable restitution for any sins we are cognizant of. As you have learned, peace of mind and soul is the very best sleeping pill of all for the many good and blessed years we have on this earth. 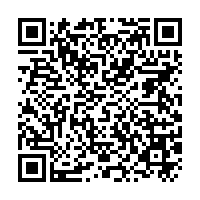