We live in a world that is often too cruel and unkind. Living in Israel for the last 30 years, I have attended too many funerals for those whose lives were taken through incomprehensible acts of terror. During the years of the second intifada there were many days that I found it impossible to continue teaching, as a student would burst into my classroom and announce that there had been another terrorist attack. How could I just go on with a regular lesson when lives were lost?

Throughout those years, other images stood out in my mind. There were the scenes of emergency caregivers, doctors and nurses who valiantly saved the lives of the wounded – many times performing what seemed like miracles when all hope was lost. One of those places where these seeming miracles took place was Shaare Zedek Medical Center in Jerusalem. The hospital head, Professor Jonathan HaLevi, was often interviewed on Israeli television and asked about the condition of the wounded.


On a personal level Shaare Zedek, its doctors and nurses were responsible for saving my life after I had been diagnosed with bacterial endocarditis. I had entered the hospital with a lingering fever and stomach virus, and all I can remember was my wish just to feel better. The night before I went to the ER, I became more concerned when I was barely able to stand up on my own and felt chills all over my body.

At the hospital I was immediately given two IVs as I was severely dehydrated. And after taking many different tests, it had still not been determined what the main problem was. Then, on the following day, when I was given a special test whereby a tube was placed in my mouth, I remember the doctors looking at the computer screen and saying they saw bacterial growth in my heart. The only courses of action were to do open-heart surgery to replace my mitral valve that had been destroyed, and to start IV antibiotics. The heavy dose of antibiotics was referred to as a “cocktail.” After the very successful three-hour operation, I remained in the ICU for another 10 days – with at least 10 different wires attached to my body.

One of my recollections from that very difficult period was being confined to my bed, not being allowed to get up and move around. There was a male nurse, an Arab, who dutifully bathed me every day. Here we were, a caregiver and a patient, not two enemies but rather one helping to improve my quality of life while I gladly accepted it. Many nurses and doctors examined me for an entire month, taking my blood and administering test after test. They were young and old, Jew and Arab, paid workers and volunteers. They were all working for one goal: the preservation of life. A great lesson indeed for all to practice!

After a month at Shaare Zedek I was allowed to go home, but my actual recovery period would be slow and arduous. I would be a heart patient for life, with a pacemaker that needed to be checked every six months. I would take occasional blood tests and would always have to take a blood thinner. But I would say with great kavanah the words of the Modim prayer: “for Your miracles that You perform every day.”

Most recently my family and I renewed our connections with Shaare Zedek. I wasn’t the patient; my mother-in-law was. Last July she was diagnosed with pancreatic cancer, one of the most serious kinds of cancer. The entire family was expecting the worst, but my mother-in-law has great strengths, some of which I never knew. She continues her daily activities, attending lectures for seniors, shopping and attending shul every Shabbat. And during this period we have had the opportunity to share more meals together and enjoy each other’s company.

Every week my wife and her sisters take turns going to the hospital for my mother-in-law’s chemo treatments. It is a very special ward with very loving and concerned nurses and doctors. Last Chanukah, the oncologist recommended that my mother-in-law have a CT in order to check the status of the cancer. While we waited for what seemed like an endless amount of time, a group of children was visiting sick patients and singing Chanukah songs. Chanukah is the holiday that recalls the miracles of old; we were hoping and praying for a miracle right now. 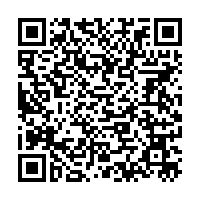