In our previous article, we began exploring the concept of Eden, Nahar, and Gan. To review, the Torah begins by describing the creation of the physical world, culminating with the creation of man. Hashem placed Adam in Gan Eden, and the Torah then mentions that the Nahar (river) flowed from Eden toward the Gan (garden) to water and nourish it (Bereishis 2:10).

At face value, this pasuk seems relatively straightforward, but there are layers of meaning behind it. On a simple level, the river flowing between Eden and the Gan alludes to the relationship between Olam Hazeh and Olam Haba. The Gan refers to Olam Hazeh, a place to work, build, and plant eternal seeds. “Eden” literally means enjoyment, and thus refers to Olam Haba, which is the place of euphoric ecstasy where we enjoy everything we built during our lifetime. The flowing waters of the Nahar represent a continuous process, a connection between these two realms and stages of humanity. The physical world receives its continued existence from a higher dimension (the flowing waters from Eden), while our ultimate experience in Eden is dependent on what we build in the Gan.

Oneg is the ideal flow from Eden to Gan through the waters of the Nahar, the process of expressing the spiritual within the physical. The ultimate corruption of oneg is when the Nahar fails to bring Eden down into the Gan; when the Nahar does not reflect anything higher. In such a case, the Nahar flows to the Gan but carries nothing but itself, as it is not sourced in Eden. This leaves Eden neglected and unexpressed, and causes the Gan to be watered with spiritually empty water. This is the spiritual concept of nega, which shares the same letters as oneg but scrambled. Nega allows the Nahar to flow into the Gan, but it has no origin in Eden, which is why the ayin is placed at the end of the word: Nahar, Gan, Eden Whereas oneg begins with an ayin, sourcing itself in Eden, nega leaves Eden, and the ayin, as an afterthought. This is the ultimate paradigm of ego, where one expresses nothing higher than himself, ignoring any reality or truth that transcends him, anything beyond his understanding, anything associated with Eden. This is the Nahar that fails to express Eden, and in doing so, expresses nothing at all.

This is why the word “nega” represents affliction and physical deformity. By distorting oneg and corrupting the ideal flow of Eden, Nahar, and Gan, one creates a spiritual deformity, which manifests as a physical deformity as well. When the physical is disconnected from a higher realm, it becomes grotesque and afflicted. This is why nega includes physical pain as well; it is the manifestation of the greatest spiritual pain imaginable, the pain of a physical vessel or surface that fails to reflect its spiritual source.

“Nega” refers to tzaraas; as such, we must understand its connection to lashon hara, as well as the nature of proper and improper speech. Human beings are naturally isolated and separate from one another. We are individual beings, all living in our own subjective world, our own inner universe. We will never be able to experience life through anyone else’s perspective, only through our own inner consciousness. We have our own thoughts and feelings, things no one else can see. We face our own hardships and tribulations, ones that no one else truly understands. This results in several difficulties. If I am trapped in my own inner world, how can I connect with other people? How can I know what’s going on inside their heads? How can I share my inner life with them? How can I overcome the infinite barrier between myself and everyone else?

This is the gift of speech. Speech enables us to connect with other people and overcome the barrier between us. You begin with your inner thoughts and experience. You then form the specific words that will encase your thoughts as you give them concrete form and throw these words out into the world around you in the form of vibrations. If another person is nearby, their ears can pick up these vibrations and translate them into sound. These sounds form words, and the words form sentences. They must then keep track of all the different words and sentences, hold on to them, and bring them back from memory as they work to recreate a complete picture of everything you said. Amazingly, this person can now experience your inner world inside their own mind. They now contain a piece of you within themselves. The barrier between your worlds has been diminished.

The spiritual concept of speech is the power of connection. In addition to connecting the speaker and listener, the act of speech itself connects the spiritual to the physical. Speaking words of truth is an act of expressing transcendent, ethereal ideas of spiritual wisdom through finite, comprehensible words. Ideas become words, and the infinite becomes concretized. In so doing, a profound marriage occurs between the spiritual root and the physical expression.

Once we understand the purpose and power of speech, we can begin to comprehend just how abhorrent lashon hara is. Lashon hara uses the very tool of connection, i.e., speech, to disconnect people from each other. When you speak negatively about someone, you create a wall between the subject of your negativity and the person you are speaking with. The very tool of connection has been corrupted to achieve its opposite goal.

In addition to the disconnect one creates between other people when speaking lashon hara, when one speaks lowly, harmful words, they disconnect themselves from the purity and transcendence of Eden, the spiritual root. They not only become a Nahar that fails to carry anything higher, but they disconnect others from higher connection as well. Speech has the potential to connect the ultimate root with the physical expression, the Gan with Eden, but negative speech leaves the Gan as only that – a physical garden with no higher source or nourishment.

This is why tzaraas, the punishment for speaking lashon hara, is called nega. Nega is the corruption of oneg, the twisting of truth, the breakdown of speech. It is where the Nahar no longer expresses Eden, where speech no longer creates connection. In speaking lashon hara, one uses speech to create disconnect, which creates spiritual nega. This spiritual nega manifests as a physical nega as well – a physical affliction, the deformity of tzaraas.

Proper speech requires first developing and connecting yourself to a deep root of truth and spiritual thought (Eden), and then using speech (Nahar) as the mechanism of revealing that truth into the world (Gan). The third and final stage is the revelation of that truth through the form of concrete and finite words. When Moshe transmitted the Torah, he revealed the essence of spiritual truth in the form of concretized words. The speech and ensuing words were a loyal reflection of the truth. This form of ideal speech reflects the concept of oneg, where Eden is loyally expressed by the Nahar, flowing beautifully into the Gan.

Aspiring for Something Higher

The goal is not to be perfect but to become more perfect every day – to strive for more, to endlessly thirst for more Torah wisdom and spiritual growth. Every day, we can attach ourselves to a bit more of Eden, process it through the flow of Nahar, and express it into the world, into our Gan. Hashem gives us the ability to plant seeds in our garden, to invest into eternity, and with this ability comes tremendous responsibility. The speech we express – both in the words we say and in the way we live our lives – has the power to reflect truth and create true oneg. But with that potential and power comes the ability to create nega as well. The choice is ours, and the consequences are cosmic and very real. May we be inspired to plant seeds of truth, to tap into and fully express Eden, and to grow the most extraordinary seeds of eternity. 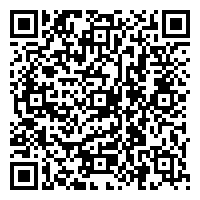