These lines are written on Wednesday, Erev Rosh Chodesh Adar II, and we truly hope that by the time this goes to print the war will be over and our brethren in Ukraine will be safe and sound.

It is noteworthy that you hear, particularly now, from so many people, that this is the time we needed to see and hear from the Rebbe in a physical sense. If only we would hear clear directives from the Rebbe for what we should and can do to help our brethren who are in the crossfire in Ukraine.


For the time being, what we can do is look back and see what the Rebbe suggested in similar situations.

Before the 1967 victory in the Six-Day War, the situation in Eretz Yisrael was tense, to put it mildly. At that time, the Rebbe said, “Our Jewish brothers and sisters are in a situation that they need great miracles.” This is when the Rebbe came out with the campaign of Mitzvah Tefillin on a large scale.

The Rebbe explained that regarding tefillin the verse says, “All the nations of the world will see G-d’s name on you and they will fear you.” The Gemara (Berachos 6b) teaches that this verse is referring to the tefillin we put on our heads.

It doesn’t only mean, though, that the soldier fighting on the front lines should put on tefillin. Of course, he should too, and during the Six-Day War there was a great movement to put on tefillin with the Israeli soldiers. But it extends much further. Since we are all part of one collective body, as the Alter Rebbe writes in Tanya, therefore, even a Jew at a great physical distance who puts on tefillin helps his fellow brethren wherever they are to be safe and secure.

This is one of the things we can do. The Rebbe asked that we strengthen the tefillin campaign – not only to put on tefillin ourselves, but also with whomever else we can – and this will help our brethren all over the world.

The Rebbe also asked in similar situations that everyone should accept upon themselves an increase in their Torah study. The Gemara (Sotah 21a) teaches that the study of Torah provides “protection and rescue.” Again, this doesn’t only refer to the individuals in danger, but to all Jews wherever they may find themselves, since we are all one body.

When a Jew in another part of the world learns extra Torah for the protection of the Jews in Ukraine, this will elicit G-d’s protection for the Jews who need it wherever they are – whether in Kyiv, or Kharkiv, or Chernihiv. Any place that they are, they’ll be protected because a Jew in the United States, or any place in the world, has learned a little more Torah especially in their merit.

Together with this, there is the great mitzvah of tzedakah. It is so heartwarming and inspiring to see how Jews worldwide have answered so generously to the appeals of the Jews in Ukraine.

We should merit Hashem’s blessings, and everything that we all do collectively should help those Jews who are presently in a difficult situation, that they should get out of the difficulties they face. As we pray in the Haggadah, that G-d take us out “mei’afeiloh l’or gadol – from darkness to great light.” What is the greatest light of all times? Oro shel Moshiach – the light of Moshiach.

In similar situations the Rebbe asked that we put on tefillin not only on ourselves but also with whomever we can – and this will help our brethren all over the world, and that everyone accept upon themselves an increase in Torah study. The Gemara (Sotah 21a) teaches that the study of Torah provides “protection and rescue.” This doesn’t only refer to the individuals in danger, but to all Jews wherever they may find themselves, since we are all one body. 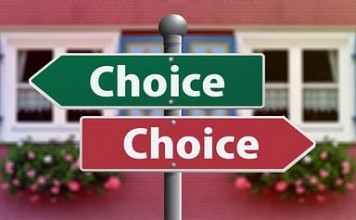 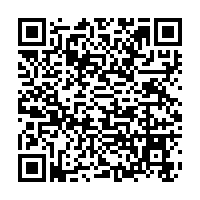