In this week’s parsha we read about the fate of the infamous people who lived in the dor hamabul, or generation of the deluge. We all know that they performed terrible sins and as a result Hashem had to destroy the entire world.

Rav Moshe Meiselman, rosh yeshiva of Yeshivas Toras Moshe in Yerushalayim, pointed out that there are many frightening comparisons between the generation of the mabul and ours. In the end of Parshas Bereishis (5:29) we read that Noach was given his name because, as explained by Rashi, when Noach was born the people said, “This shall give us rest in our work and in the toil of our hands, from the ground that Hashem has cursed.” Rashi explains his statement with a Midrash stating that from the time of the curse of Adam Harishon, everything was dysfunctional. When people planted wheat, the ground would produce thorns. But when Noach was born, the curse stopped and life became easier.

Rav Meiselman explained that until that time people were constantly sinning, claiming that it was because of the hard lives that they endured as a result of the curse. So now Hashem gave them a tremendous amount of wealth and comfort to see how they would act without the curse.

However, instead of changing their ways, they used their newfound comfort to do even more evil. They soon became bored with their normal pleasures and began to look for new ways to spend their time. The result was the abominable acts of incest and moral corruption that led to their ultimate demise.

Can we draw a parallel to our times? The overwhelming speed of technological advancements has made life “so easy.” The days of hard physical labor for the general populace are long gone. Not only that, the standard work schedule leaves hours each day and two days each weekend with nothing to do. Hence the flourishing of the entertainment industry with all its evil. Once again, as people become bored with the old forms of fun, they seek new ways to “kill” time (literally). As soon as they satisfy their old lusts, they need to create new and more disgusting ones. The worldwide level of morality has sunk to an all-time low. Where are we heading?

So how do we prevent ourselves from being sucked into this low lifestyle that the nations of the world have gotten themselves into?

Let me ask you another question. The world is trembling from unprecedented earthquakes, storms, fires, terrorism, and illness. But there is something else unprecedented occurring right now: the lack of leadership. The mighty United States is crumbling. There is no malchus anymore. There is no plan concerning the serious global threats from Iran, Al Qaeda, or Covid. There is no solution for dealing with Yishmael. The world is supporting them as they continue to develop weapons, which they intend to use against Eretz Yisrael, r”l.

There is, however, one solution that can help with all of our tzaros. This is to realize that we do not have anyone to rely on except for Avinu shebaShamayim. Our generation has been put into a situation where we have no one else to rely on. This was orchestrated in order to help us be mitzapeh for malchus Hashem.

The Yalkut in Eichah says that at the time of the churban, Moshe Rabbeinu asked Hashem if there was any room for the children to return? Hashem responded, there will be a generation that will be mitzapeh for My malchus and they will immediately be redeemed. Let us hear the sound of the shofar of Hashem blasting Shema Yisrael, telling us to prepare for and be mevakesh and mitzapeh malchus Hashem.

The geulah is imminent! When will Mashiach come? “Today, if we will listen to His Voice” (Sanhedrin 98a). When we listen to the message that Hashem is sending us, the geulah will come. “Wait for me and then we will merit to hear the shofar of Eliyahu HaNavi, and see the gilui kevod malchuso of Hashem speedily in our days. Otherwise, we can see where the world is headed. 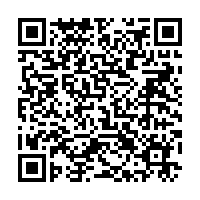