Tsvi Lenihan is a brother of Boruch Vidal. I was hoping to conclude this discussion by getting some family member input into the hardship of watching a loved one go OTD. That’s when Tsvi informed me he too had gone OTD during a dark period in his life.

“Divorce is very hard and it affects people in different ways,” Lenihan told The Jewish Press. Lenihan married when he was just 21 years old and she was just 19 – it lasted nine years. He said he believed it was a happy marriage, so much so that “if you would have told me just a few months before that I would be getting divorced I wouldn’t have believed you.”

The divorce altered his relationship with his children as well, limiting his time with them to Skyping three days a week and in-person visits just a few times a year. Ultimately, he blamed his failed marriage on G-d. “I really felt if He loved me, He wouldn’t have put me through that,” he said.

Lenihan said he slowly began to drift away from Yiddishkeit and started seeking answers in Buddhism. “I started learning about Buddhism to detach from all my pain over my failed marriage. I even attended Buddhist meditations.” He said he was drawn to some of the key elements of Buddhism which teach that “life is suffering, a person suffers because of their attachments, and the only way to get out of suffering was to detach.”

“I thought I really needed that.” Still, there were things about his experience in Buddhism he simply couldn’t swallow. “They literally had a statue in the middle of the room and sometimes they would bow down to it – and literally everybody would do it accept for me. And I would be like “Oh I can’t do this: and eventually I stopped going.” I asked him his thoughts on why so many Jews who go OTD seem to take an interest in Buddhism. “Perhaps they have a serious pain they want to detach from and that’s what Buddhism promises. But there were certain things about it as a Jew I just couldn’t accept.”

Buddhism alone wasn’t enough to bring Lenihan home however. Instead, it was a jarring experience when he began attending college in Pittsburgh. Having shed all signs of being Jewish, a girl who was a part of a neo-Nazi club aggressively tried to recruit him to join. “The fact that she thought I could be someone who would be interested was so shocking and off-putting. It was obvious I was in the wrong place with the wrong people and I needed to get out of there.”

After graduating, he moved to Squirrel Hill and took a job as a medic aid for a friend who was dying from cancer. It turned out the friend really loved speaking Yiddish, and Lenihan still retained some level of Yiddish-speaking from his earlier experience living in Boro Park. “Suddenly I went from this detached kid in college to speaking Yiddish all day and it felt like home. It felt wonderful.” Today Lenihan is no longer OTD, and has found happiness in his community in Squirrel Hill. He identifies as Chasidish and highly influenced by Breslov teachings. He davens regularly at a small minyan called Shaar Tzion. Lenihan said he would not know what to say to someone who wants to go OTD over the temptation to try something different or to explore the world. However, if someone wanted to go OTD because they felt some other religion would be better, he said “I would highly dispute that.”

“Oftentimes people seek spirituality somewhere else because they are not finding it within Judaism, Rabbi Avi Richler, Executive Director of Chabad of Glouchester County, told The Jewish Press. “I think there is a big struggle in the education of the Jewish community to perform rituals without asking questions. There has to be an open-mindedness to people asking questions because (particularly during challenging times) people need to find the meaning behind the rituals.”

Richler said when a person, like Lenihan, experiences some form of pain and traumatic event, addressing that pain and trauma must be the first step. “To get someone back on track you have to make sure they are mentally healthy. He suggests that, unless the rabbi is trained in the area of mental health, ‘simply going to a rabbi’ won’t do. “Just like a person suffering from cancer needs a certain type of professional help – not just davening – we must see any type of mental suffering as a need for professional help as well.”

Richler pointed out mental illness is not just the long-term phenomenon associated with hospitals and treatment centers. “We have to destigmatize the concept. Stress, anxiety, grief – anything that prohibits your ability to act and behave efficiently – even if it’s only temporary. You can be fully functioning and healthy and still need to find someone to talk to – perhaps a grief counselor. Jewish rituals are not a substitute for getting mental help. I see people who are suffering from trauma withdraw into their rituals and they become an unhealthy expression of Jewish practice.”

After the person deals with the grief or the trauma, then Richler said they can look at the spiritual component to determine what they need from Hashem and their community to move forward in a healthy way. Hopefully, the person’s community will be supportive of their needs, but if not, there are other steps the person can take besides going OTD.

“Find a community that is going to be accepting of you as an individual. Judaism is not one-size-fits-all and every person has their own unique journey and connection with Hashem.” He also pointed out a person should feel inspired when they return to Judaism after going OTD. “If a person for whatever reason left and they are back and are looking to reconnect with Hashem through Torah and mitzvos, it’s an amazing thing. Don’t allow the inefficiencies of the community stop you from going on your personal journey to reconnect with Hashem.”

Nishma Research’s study confirmed that for many who go OTD, personal identity vs. community identity were meaningful measures. Nearly 36% now prefer the term “Just Jewish,” while only 5% considered themselves “no longer Jewish.” Over half of the participants agreed that being a part of a Jewish community (in some form) was very important or somewhat important to them. And while approximately 1/3 of all participants said they still feel a sense of connection to their Orthodox community of origin, slightly more than half indicated they had found connection in a new Jewish community.

For all those who struggle with the thought of going OTD, Richler said, “Hashem loves us no matter what. The fact that we wake up in the morning and say Modeh Ani means Hashem wants and needs us in this world. And if you are in a community that cannot accommodate that journey – you don’t have to leave – there are plenty of open-minded communities within Yiddishkeit.”

For the rest of us, Richler said “If we see or know someone whose gone OTD it’s not for us to judge their journey. If we see them as a blemish, then the blemish is really on ourselves. Our job is to show the wonderfulness of Yiddishkeit and how it has meaning.” 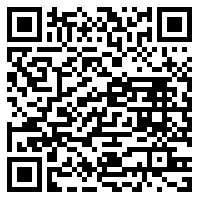