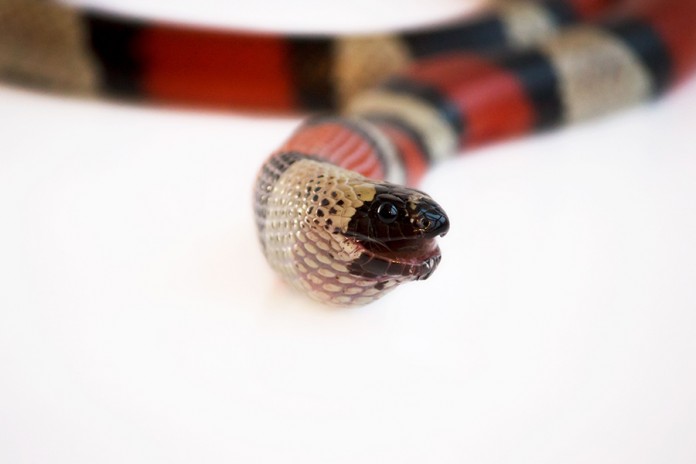 “Hashem sent the fiery serpents against the people … many People of Israel died … Pray to Hashem that He remove the serpent from us…” (Bamidbar 21:6-7)

In their fortieth year in the Midbar, the Jews complained about the mon, manna, speaking against Hashem and Moshe. As a punishment, Hashem sent poisonous snakes who bit the people, and many died.

Some mitzvos are fulfilled with an act, such as tefillin, lulav and esrog, and other mitzvos are fulfilled through speech, such as learning Torah and praying. Every mitzvah that the person does creates an angel, as it says (Avos 4:11), “One who fulfills a mitzvah acquires for himself an advocate [who defends him in judgment].”

The potency of this angel corresponds to the power of the mitzvah that was performed. A mitzvah fulfilled with great effort and perfection produces a uniquely incomparable angel. In addition, the characteristic of the angel correlates to the mitzvah that brought it into being. The angel created from an act does not speak; it was created from a deed, not speech. His mere presence, though, testifies to the performance of the mitzvah. On the other hand, the angel created from a mitzvah fulfilled with speech possesses the ability to speak. This angel calls out its name and tells how it was created. One vouches, “Master of the world, I was created from the Shema that Moshe ben Miriam recited carefully compliant with all the halachos”; another asserts he was created from one word of Torah study; and another declares that the individual is meritorious because his words were encouraging to someone who needed inspiration.

The Chofetz Chaim points out two inconsistencies in the verses. Initially, the Jewish people are referred to as am, which usually implies the simple people. Then the verse says that “many people of Israel died,” which usually indicates the important people. Also, at first the people are attacked by “serpents,” in the plural; yet, they pray to Hashem to remove the “serpent,” in the singular.

The Chofetz Chaim explains that the am spoke lashon hara, as the earlier verse (ibid. 5) states, “The people spoke against Hashem and Moshe.” But Israel was brought to task for not protesting their transgression; thus, the influential people were also smitten because of the sin of the nation.

The Chofetz Chaim then cites the Yalkut Shimoni (Ki Seitzei 933) that tells us that Hashem says He will save the Jewish nation from all tzaros, but not lashon hara. Just as an advocate is created for each mitzvah, so too a prosecuting angel is created with the performance of every aveirah. Hashem in His great mercy drives away the prosecuting angels produced from a wrongful act; however the accusing angel created from lashon hara has the capacity of speech, and he shouts and demands that the aveirah be punished.

Thus, explains the Sefer Yechi Reuven, Bnei Yisrael asked Moshe Rabbeinu to remove “the serpent,” the prosecuting angel that was demanding retribution. The only resolution is to guard one’s tongue and do teshuvah, so Hashem tells Moshe (ibid. 8), “Make yourself a serpent and place it on a pole; and it will be that whoever is bitten will look at it and live.” The Talmud (Rosh Hashanah 29a) expounds that by looking upward toward the serpent they would subject their hearts to their Father in Heaven and do teshuvah.

To take this further, we know that Hashem’s loving-kindness is many times greater than Hashem’s strict justice. If the prosecuting angel created with the power of speech shouts loudly to demand retribution, a fortiori, the advocating angel will shout even more vehemently to demand the reward for the individual’s merit.

Upon her return from a very poignant wedding, Rebbetzin Kanievsky, z”l, insisted that the background story of the evening’s occasion should be publicized.

Rebbetzin Kanievsky related that four years earlier there had been a very significant road accident, and a 15-year-old female passenger was seriously injured. She was brought to the hospital where she remained in a coma for two weeks. Her parents came to the home of the Kanievskys and supplicated R’ Chaim and his Rebbetzin to pray for the recovery of their daughter and the other ill members of Klal Yisrael.

When the girl regained consciousness, her parents were understandably overcome with joy. It was her first spoken words, though, that were truly overwhelming. “Ima,” she asked, “how long have I been sleeping?” The mother asked why it was important for her to know how much time had passed. The girl’s answer stunned all those present.

She explained that a number of months before the accident she had resolved to learn two halachos a day from the Sefer Chofetz Chaim, and since then she had faithfully adhered to her schedule. She therefore wanted to know how many days she had missed so that she could learn the appropriate number of halachos that she had missed.

The girl was still in critical condition. Her body had endured serious trauma and would require many operations with a long road to recovery. Yet, her main concern was how many halachos she had to make up in the Sefer Chofetz Chaim.

When HaGaon R’ Chaim and his Rebbetzin heard about the loftiness of this girl they were very moved, to the extent that they promised the Rebbetzin would dance at her wedding. At that time, it seemed like a fantastic dream. However, miraculously, the girl eventually had a full recovery with almost no evidence of the horrifying accident she had been through.

“I am now returning from that wedding,” said the Rebbetzin. “The promise was fulfilled and I merited to dance at the chasunah of this precious girl.” 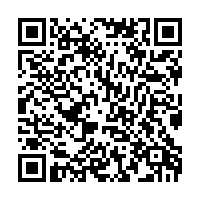